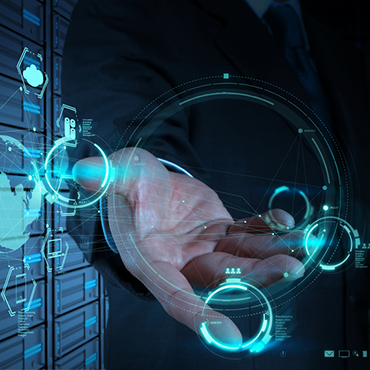 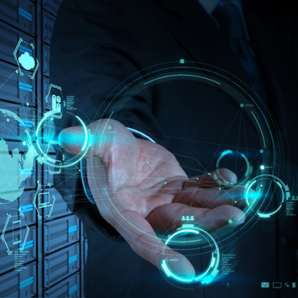 On December 18, 2014 the Central Intelligence Agency (CIA) published a rare interview with its Chief Information officer Doug Wolfe – a 30 year veteran of the CIA:

“Doug Wolfe—a 30 year CIA veteran—has a tough job. As CIA’s Chief Information Officer (CIO), Wolfe is responsible for ushering the Agency into the 21st century with state-of-the-art computing technology while ensuring our systems are secure. As a pioneer of cloud computing at CIA, Wolfe spearheaded a new way of doing intelligence work that allows for increased collaboration across the 17 Intelligence Community (IC) agencies. The private government cloud will also decrease waste with the creation of a scalable IT infrastructure that allows each agency to pay only for what it consumes. It’s this kind of smart, dynamic business model that Wolfe sought to bring from the commercial sector to the world of national security and intelligence. That’s why Government Computer News (GCN) chose Wolfe as the 2014 IT Executive of the Year. We sat down with Wolfe to discuss the Agency’s adoption of the cloud infrastructure and what it means for the future of IT in intelligence work. Here is an edited and condensed version of that conversation:

Technology has advanced so much over the last 20 years that now we’re in a position where IT is becoming completely critical to how we get our jobs done and, in some cases, changing the way we do our mission.

As for the cloud, let me give you an example. Let’s say you want to start a small business. If you’re on the commercial side, you don’t have to go and buy servers and infrastructure. You can use your workstation at your desktop, or your employees can, and you can get access to services out in the commercial cloud. You can start to run a lot of analytics or other things in the cloud. Maybe one day it will make sense for you to buy your own dedicated server, but you don’t have to do that initially. And you only pay for what you consume. It’s that kind of business model that we’re trying to bring to the CIA and the Intelligence Community.

Can you explain a little more about how cloud computing will work at the Agency?

Industry really put a lot of this together—the Googles and Amazons and others—because they had huge compute needs. Setting up the massive data centers was a huge cost in terms of their overall business model. So they needed to have ways to bring out the maximum efficiency of the hardware and the infrastructure they employed. To be flexible on what these—they call them virtual machines—but on what these machines can do hour-by-hour is really at the heart of the cloud computing model.

Here at the Agency, there are a lot of functions that we do where a particular application is heavily used—for example, the last two weeks before a deadline. But after the deadline has come and gone and pretty much everybody has complied, there’s really no need to have IT resources allocated to a function like that until the next deadline is looming. So what happens is, with the cloud infrastructure, you can now spin up the computers that you need to process now, and then when you’re done, when that demand goes away, you can release those computers into the pool. Those processors can now go and do mission analytics for the DI (Directorate of Intelligence) or something else. It’s a much more dynamic way to think about it.

From what I understand, CIA has one cloud and NSA has another. How does that work?

Yes, well, this is one of two clouds in the Intelligence Community Enterprise. So we have the CIA cloud—it’s often referred to as “C2S” or Commercial Cloud Services—and then NSA has a cloud, which is often referred to as “Gov Cloud.” Our approach is to partner with industry to bring in the most state-of-the-art technology commercially available. NSA’s approach is a little different in that while they’re also using state-of-the-art technology, they’re essentially building and implementing that from within. It’s basically just different models for how to acquire and get access to the services.

Now, both of the clouds serve all of the agencies within the IC, so they’re accessible across all of the different agencies and missions. Each agency will, of course, have some different features and mission emphasis areas within the cloud. CIA will be using parts of the Gov Cloud and hopefully NSA, as well as other agencies, will be using parts of our commercial cloud.

It’s a bit of a new arena. I don’t know if it’s unheard of, but in the past, CIA in general has bought IT and built IT to support our own agency. Now we’re buying and building an IT infrastructure that’s going to support not just CIA, but the entire intelligence community.

I’d imagine there has to be some difficulty trying to keep up with commercial sector technology, especially given the rate of innovation and development?

Well, there is. And there is a certain desire to keep up, but you have to be smart about that and understand which technological advantages can really make a difference in your particular mission. Sometimes 20-year-old technology is perfectly fine, and we ought to continue to just use that. I think it’s important to select and innovate in various aspects that really have the most potential to provide payoff and not just chase the technology for the sake of technology.

How receptive has the CIA and Intelligence Community in general been to the adoption of cloud computing and other state-of-the-art technologies?

I think there’s pretty wide recognition that it’s a good thing to go to the cloud system. Some of the typical government challenges about how you contract and pay for this thing, how do you deal with security, what data can go where and why… these are the kinds of questions that we continuously have to answer. But as we gain more experience with it, I think we’re knocking down a lot of those roadblocks, and I think people are having, for the most part, pretty good experiences using the cloud infrastructure.

At the same time, there are some things we cannot do. Some people talk about “your Mondays being like your Sundays.” While I think it’s important that CIA be on top of the latest technologies, in some cases, it’s not going to happen as fast as people want. The technology has to make sense for the mission. And I do appreciate how people in our workforce are willing to take the time to understand why there are some things we can’t do because of security or other reasons. There will always be some restrictions and people will have to live with those. We’re going to try to minimize those in cases where it really matters, but “bring your own device to work” is probably not going to happen.

It’s a different world, so we’ve got to figure out how to move forward in this digital age. It’s a pretty big challenge.

Do you have a personal mission or a philosophy that has guided you in this job?

Yes. My office came up with three foundational values that I feel strongly about as fundamental things CIO must do for the Agency:

When I first got this job these were the three things I concluded as okay, these are the big deals the CIO needs to do. And then, if we could deliver on those things, there was a huge amount of technology and opportunity out there we could bring in and make available to the Agency for future missions. The cloud was part of that.

The CIO’s work on cloud computing has generated quite a bit of public attention over this past year, including your recent selection by GCN as their IT Executive of the Year. What has that experience been like?

This job in general has been a new experience because I’ve never done anything with this kind of external exposure before—giving interviews, or speeches, or public presentations— you know, I just never anticipated being in a situation like this. It’s a different experience, but it’s been good so far.

I do think that because this commercial cloud work that CIO is doing is pretty innovative, and a lot of people want to know about it, it is helpful for us to be able to talk about it publicly to the level that we can. And I think it’s a good news story for CIA.”

See related video: What does the CIA want with Amazon? https://www.youtube.com/watch?v=yuJB304JWuM

Filed under: News, US
Share Tweet Pin G Plus Email
previous article: “US bases are scattered around the globe – and you’re telling me Russia is behaving aggressively? Do you have any common sense at all?”, says Putin to reporter
next article: “There is no clear indication that the improvements in the lives of Afghan women cited by State & USAID were the result of hundreds of millions of U.S. taxpayer dollars”, says Special Investigator General for Afghan Reconstruction