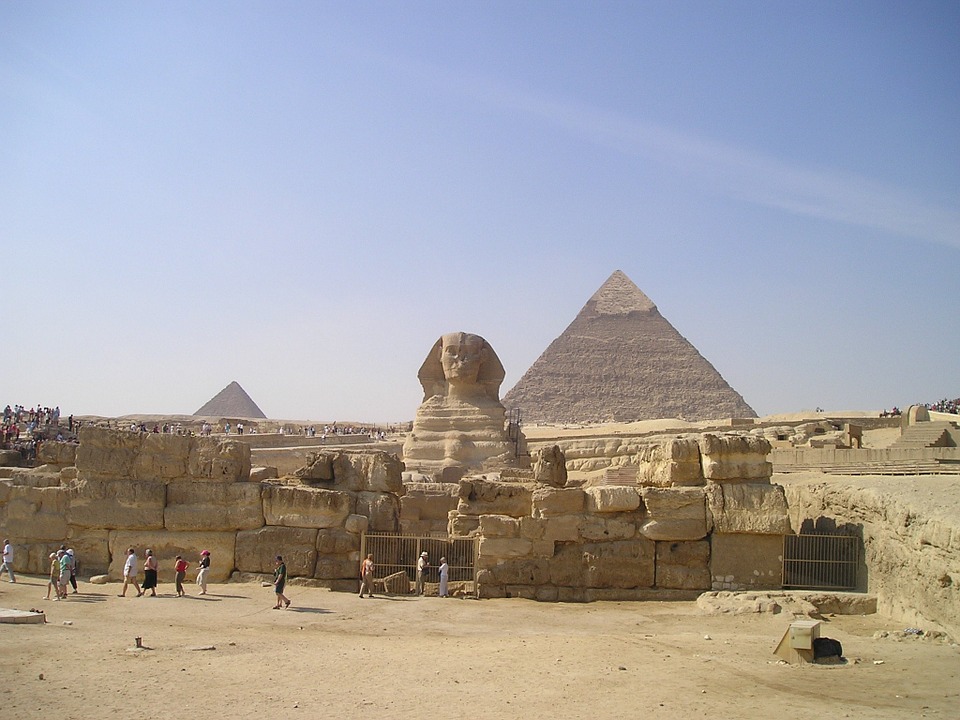 For thousand years, one of the greatest civilization in human history blossomed in the valley of the Nile today characterised by an inestimable legacy. The invention of an original form of writing through ideograms and hieroglyphs stepped human species out of Prehistory.

This multi-faceted Egypt, successively Antic, Roman, Byzantine, Islamic, Ottoman and then Republican, which unique cultural height culminated in the XIIIth century B.C at the era of Pharaohs, leaving behind them monumental work of arts to the benefits of international patrimony.

However, will this heritage be enough to justify a hypothetical Egyptian governance of the UNESCO?

Let’s remind us first the funding principles of the UNESCO. As a matter of fact, the organization aims to enable moral and intellectual solidarity between nations by:

This is where the argument falls short. Egypt hardly appears as a credible candidate having been recently shaken by multiple repressions towards civil society members, censorship, liberticidal actions and serious problems in the field of education.

In June 2016, five famous human rights defenders together with three NGOs got their budget cut following a decision from the Egyptian Court of justice. This sanction revived fears of a new wave of repressions targeting the civil society in Egypt. This measure was launched in the context of a wide enquiry on foreign subsidies to civil society organization pursued since 2011 after the revolution that ousted Hosni Moubarak from power. At that time the affair triggered a diplomatic crisis between Washington and Cairo.

Amnesty International automatically called “Egyptian authorities to stop harassing human right defenders” whereas international NGOs have regularly accused President Abdel Fatah al-Sissi of having established an ultra-authoritarian regime. Indeed, unless NGOs are officially registered or receiving foreign aid authorized by the government, NGOs members are likely to risk up to 25 years of imprisonment.

Since the former chief of Egyptian army overthrew Islamic President Mohamed Morsi in 2013, any form of political opposition be it Islamic, laic or even liberal has been firmly repressed.

“Egypt’s international partners should not be fooled by repression cloaked in the guise of legalistic procedure” pointed out Human Rights Watch in a press communique accusing the Egyptian government of “pushing for the elimination of the country’s most prominent independent human rights defenders.”

For Philip Luther, Middle East and North Africa Director at Amnesty International: “Enforced disappearance has become a key instrument of state policy in Egypt. Anyone who dares to speak out is at risk, with counter-terrorism being used as an excuse to abduct, interrogate and torture people who challenge the authorities”.

A report from Amnesty International published in 13 July 2016 reveals that the Egyptian National Agency for Security (NSA) had arrested since the beginning of 2015 a hundred of people following a wave of repressive measures. The Egyptian national agency for security is abducting, torturing and forcibly disappearing people in an effort to intimidate opponents and wipe out peaceful dissent.

Amnesty’s report displays the case of 17 persons submitted to enforced disappearing: they have been maintained in secret detention for periods ranging between several days and several months. Detained jailers were denied any contact not only with the outside world but also with their lawyers, their families and were not able to pursue an inquiry with an independent judicial court.
The report also features cases of torture during harrowing interrogation sessions that could last seven hours to extract “confessions” that would be later used as evidence against them during questioning session by prosecutors and to obtain convictions at (so-called) trials. In some cases, victims of torture were children.

The case of Mazen Mohamed Abdallah is particularly shocking. He was subjected to enforced disappearance in September 2015 when he was only 14 years old at the time. Once in jail he was horrendously abused being raped several times with a wooden stick to extract confessions.

Culture is at threat

Within the last few months, culture and enlightenment have been jeopardized by Egyptian authorities. In February 2016, a young Egyptian author was condemned to two years in jail after having published a book containing “explicit sexual content”. This same book had however received authorization from the censorship committee before publication. Few weeks before this case of censorship, another author had been condemned for expressing blasphemous comments on social networks. Such examples of repression over the cultural world are not isolated. Pressure is regularly put on art centers and publishing houses. Culture frightens the government since it reflects changes happening within society that culminated during the 2011 revolution.

Major concerns in the field of education

Over-crowded classrooms, obsolete programs, public buildings worn-out: in Egypt families are placing their trust in the private system which has turned out to be a parallel educational system that enables finding alternative remedies to public school shortcomings. Education is the forgotten policy area in the government’s agenda at a moment when the State is unable to face demographic explosion.

These conditions of teaching and learning are lowering Egypt’s grades on international rankings. In September, Egypt was listed last in global rankings for children education according to the Global report on the World Economic Forum competitiveness. Lagging behind 147 other countries, the government was forced to recognize failures.

In Nasser’s Egypt, free education was a pillar to socialist reforms in the 1950s and 1960s, giving to those who could not afford expensive education for their children hopes of climbing the social ladder. However, along the decades, education has progressively been dismantled by persistent issues in Egypt: bureaucracy and corruption. The administrative system has been paralyzed ever since by centralized decision-making, obsolete and moralizing educational programs and low-paid and low-skilled civil servants. Learning by heart is an immutable rule to the detriment of critical thinking learning. Exams results currently depend on quotas imposed by the government rather than authentic academic success, according to teaching staff.

Few months ahead of the elections, at least four different candidates from the Arab world have involved themselves into the race to the UNESCO office for Secretary General. Moushira Khattab, former Minister to the Family and population under Hosni Moubarak’s regime until he stepped down in 2011, was officially introduced as Egypt’s candidate to the post at a mundane event on 19 July 2016. On this occasion, she declared that “UNESCO members will not only have to choose a Secretary General but also a civilization.” Nevertheless, can we enable ourselves focusing merely on Egypt cultural grandeur and close eyes on contemporaneous issues? During the same event, Moushira Khattab has gone further into her allegations underlying the institution was powerlessness: “When we take notice of rising religious extremism and xenophobia across the world, we have to recognize that the UNESCO has failed in fulfilling its objectives.” A tough statement especially coming from a politician whose background does not guarantee she has the right skills to fulfill the UNESCO’s fundamental principles, in particular regarding cultural matters and who is hardly credible.