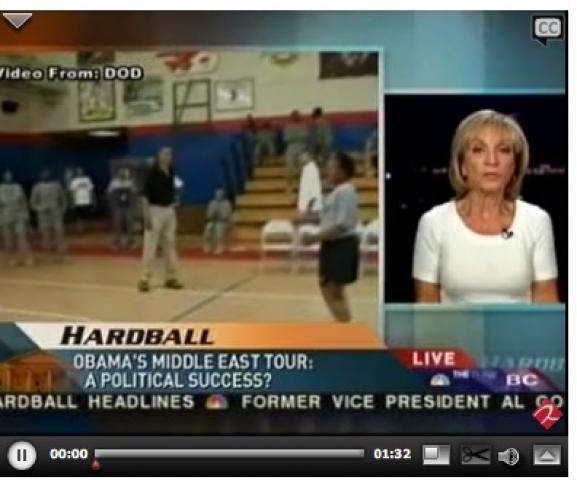 Andrea Mitchell said on MSNBC’s Hardball that Barack Obama didn’t have reporters with him or a press conference while he was on the ground in either Iraq or Afghanistan. The military released video of him with troops and answering questions provided not by reporters but by the military itself. Andrea Mitchell used the term "fake interviews" to describe the news coming out of Barack Obama’s Middle East trip.

A clip of Andrea Mitchell’s interview on Hardball is available here: http://www.mediabistro.com/tvnewser/msnbc/mitchell_youre_seeingwhat_some_would_call_fake_interviews_89837.asp