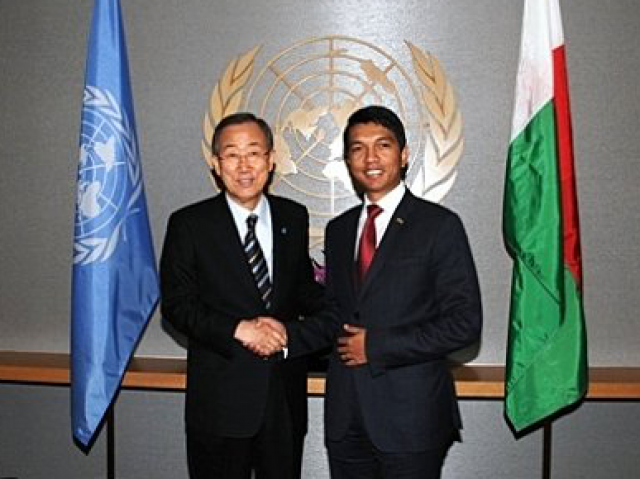 Since march 2009, Madagascar has been living an unprecedented political crisis after Andry Rajoelina, then mayor of Antananarivo, kicked Marc Ravalomanana out of the country and took the driver’s seat of the country’s public affairs as president of the High Transitional Authority. The international community condemmed the switch in power, arguing that Rajoelina was not democratically elected, and making the transitional government unconstitutional. The US stopped its AGOA deal with Madagascar. Europe followed as well. The shortage of foreign funds plunged Madagascar in one of the toughest economic era of its times.

To get the country out of this political imbriglio, the UN asked the SADC to coach Madagascar out of the crisis, and towards new elections. The SADC imposed a roadmap, which included the nomination of a prime minister from the opposition of Andry Rajoelina’s party (Omer Beriziky). All political parties had to be part of the global out-of-the-crisis process and agree on every piece of political solution. Two opposition parties, one belonging to Ratsiraka, the other one to Ravalomanana, decided to not take part in the transitional government, an attemps to sabotage the transitional government’s effort to grow out of the crisis.

Last week, Rajoelina flew to New-York to meet Ban Ki-Moon, UN general secretary, to discuss the progress of the roadmap. Afterwards, the president of Madgascar told journalists that his country is ready to start organizing presidential elections. The elections will probably take place at the very end of 2012, or in the spring of 2013, after the wet seasons. Rajoelina also told the press that he now needs to find a political solution for Marc Ravalomanana’s asylum in South Africa.