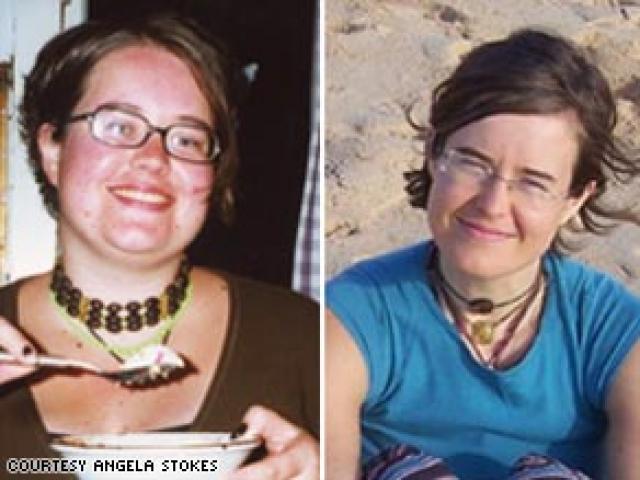 Angela Stokes weighed near 300 pounds when a friend gave her a book about the merits of eating raw foods. Although she has never been one to diet, Stokes transformed her eating habits from junk food and processed food to an all raw, vegan, no-processed food diet and lost 160 pounds in two years.

Angela Stokes’ unhealthy weight was taking a toll on her, physically and emotionally. She was depressed, lonely and turned to eating unhealthy foods as a means of comfort. When she changed to an all-raw, vegan diet, her entire life changed, she says. "Everything in my life completely shifted. It was like a light bulb moment to be like … ‘this is what I was waiting for to reclaim my health.’"

Although her diet of fresh vegetables, fruits, nuts and seeds was sometimes annoying at restaurants or meals with friends, Stokes saw an immediate improvement in her physical and mental health. One month after starting the diet, she got her first boyfriend in five years and two years and 160 pounds later, she says she is happier than she’s ever been."

The raw diet made sense to Stokes. "Once you understand the simple principal that no other animal in the wild eats cooked or processed foods, that’s it," Stokes says. She recommends that beginner raw food dieters start at 50-50 raw to cooked food and surround themselves with others with similar diets. She also recommends reading about the diet like she did.