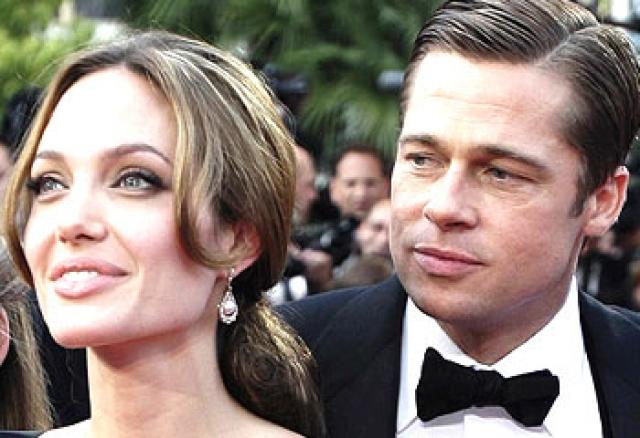 WHAT do you give Brad Pitt for his birthday, a man who has millions and can buy virtually anything he wants? It seems Angelina Jolie has the answer.

This week Pitt celebrated his 44th birthday – and proving that he’s hoping to grow old disgracefully, Jolie fulfilled one of his great whims.

Jolie, 32, treated her hunky fella to an extra-special birthday present – a $100,000 motorcycle engraved with a tribute to his favorite musician.

In front of the handlebars is a plaque with the words, "My Sweetheart, the Drunk," the name of a Jeff Buckley album, Pitt’s favourite singer.

And the gift went down a treat, so much so that Pitt has been bragging this week that he and Jolie are intending to expand their brood of children.

He revealed in an interview that they will "crap out somewhere between seven and nine" kids.

The number stood at a dozen just three months ago, but maybe Pitt’s being a little more realistic now.

So far Brangelina, as the glamour couple are known, have four children: Maddox, Zahara and Pax, who were adopted, and Shiloh, who is their biological child.