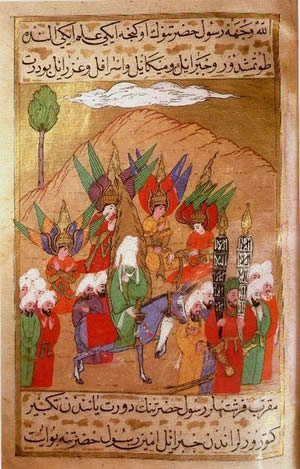 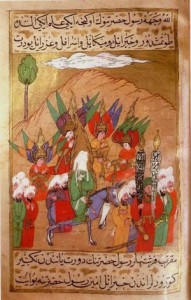 According to the Quran, “Angels” seem to be non-material spirit beings through whom the will of God is executed in areas that cannot other wise stand the physical presence of God – such as outer space and the planet earth.

The Quran describes Angels as having “wings”, so the presumption is they have the ability to fly?

Angels can manifest themselves in the physical realm as in the example of the angel Gabriel who took the form of a man when he appeared to the Virgin Mary to convey the glad tidings of Jesus, who was to be born to her.

Interestingly, it was also the angel Gabriel who mediated the Quran unto Muhammad in the recesses of a cave near the great city of Mecca, Saudi Arabia 1400 years ago.

Belief in Angels is also one of six Articles of Faith in Islam.

There are verses in the Quran which mention the names of Angels including Gabriel, Michael, Maalik, Harroot and Marroot. Which may imply that the Angels have distinctive and unique personalities.

The Quran says that Angels plead to God and pray for the forgiveness of all people on Earth including unbelievers (Quran 42:5).

Additionally there are two angels (the recording angels) to the right and left of every human being on Earth diligently recording everything each person does.

And at the appointed time of death, angels are put in charge of human souls.

On the inevitable Day of Judgment, angels will arrange themselves in rows by rank.

Then at God’s command, angels will drive forth the condemned into Hell and welcome Muslims into Paradise.

Filed under: Lifestyle, Religion
Share Tweet Pin G Plus Email
previous article: Congressman Bentivolio critical of Secretary of State Kerry’s war comments
next article: We should use the Quran as a weapon against the terrorists