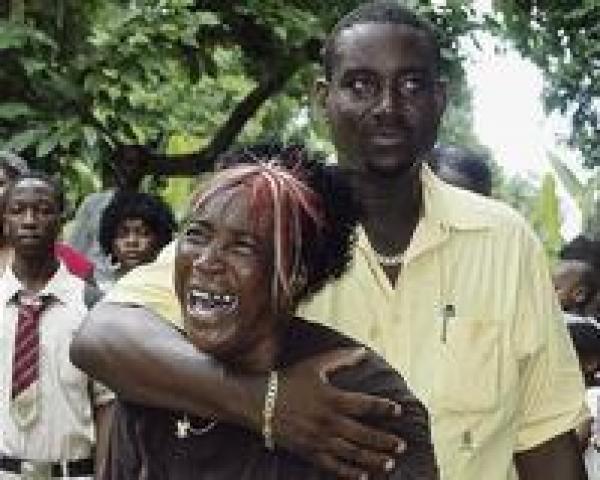 Residents of Sandside, St Mary, gathered at the home of 11- year old Aamir Scott, a boy whose dismembered body was found in bushes, and blocked sections of the Port Maria main road to protest against the release of all but one of the teenagers suspected of being involved in his murder.

The roadblocks caused a traffic pile-up on the road which serves as the main artery between the parishes of St Mary, Portland and St Andrew.

One angry resident was reported saying, "Them release the boy dem and one of dem we know is a professional butcher and we not too please about that."

Members of the Port Maria police station later cleared the roadblocks and assured the residents that they were dealing with the case in a professional manner and were confident in securing a conviction when the case is brought before the court. It is reported that one of the teenagers confessed to the police that he acted alone in killing the child whose head, arms, and legs were severed from his torso which was cut in two.

However, angry residents said they believed the teenager was coerced by his cronies to take the rap for the heinous crime.

One woman was reported saying, "He could not have done that all by himself. He is lying to cover something up."

Filed under: Opinion, World
Share Tweet Pin G Plus Email
previous article: An Electrician gets 9-years for chopping his ex’s new lover
next article: On the Catastrophic Consequences of Embracing Ignorance, Insulation and Falsehoods