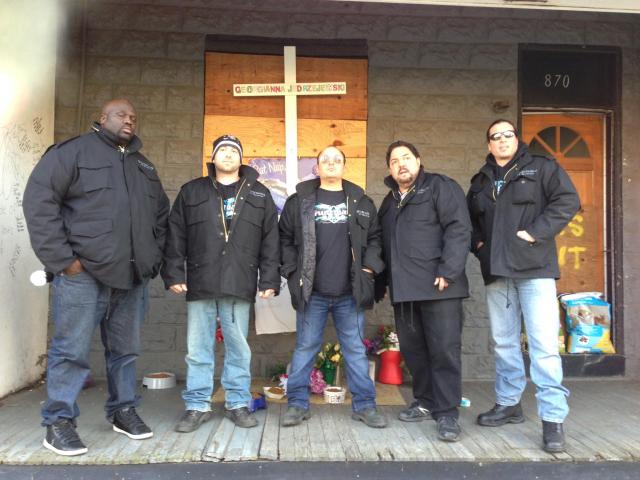 Guardians of Rescue, an organization dedicated to helping animals in need, is in the process of scouting a location for their newest chapter. They plan to set up an office in the most dangerous city in America, Camden, New Jersey. Through their efforts, they plan to provide humane education to the public, as well as help with micro-chipping animals, offering free vaccinations, providing food help, and engaging in trap-neuter-return programs.

“This is the most dangerous city, with the highest crime rates and the poorest population,” explains Robert Misseri, president of Guardians of Rescue. “But the fact remains that animal and human abuse go hand in hand. If we can help the animals on the streets there, we will also be helping the community as a whole.”

Along with high crime, there is also a lot of animal cruelty, and many people who cannot afford to properly care for their pets. Guardians of Rescue have a number of programs they plan to implement to help the community, including working with the homeless population in order to create a barter system that will help with animal rescue efforts. With this program, homeless people will be given meals and other assistance in exchange for their help in caring for the stray animals.

The city has become such a crime haven that in September 2012 the police force announced that they were disbanding. They can no longer afford to pay the 273 officers on the force, and will replace them all with non-union police officers in an effort to make budget cuts. Police in the city, which has a population of 77,000, have already stopped responding to auto accidents that don’t involve injuries, and to property crimes. The murder record was on pace to set a record in 2012. The murder rate for Camden is at 6 people per 10,000. By comparison, the murder rate for New York City is around one-third of a person per 10,000.

Recently, there was a “Say Something Nice About Camden Campaign” launched in an additional effort to change the city’s reputation.

“This is clearly a city that needs a lot of help in many ways,” added Misseri. “People need help, the animals need help, and we need to do something. If we can make a difference with the animal population in Camden, which is what we specialize in, then we believe it will have a ripple effect and have a positive influence on the rest of the community.”

Guardians of Rescue provides assistance to animals out on the streets, helping to rescue them, provide medical care, food and shelter, and find foster home placement. Many families are still struggling to recover from the storm, making it difficult to care for their pet, either financially or while living in temporary housing. To learn more, or to make a donation to support the Guardians of Rescue, log ontowww.guardiansofrescue.org.