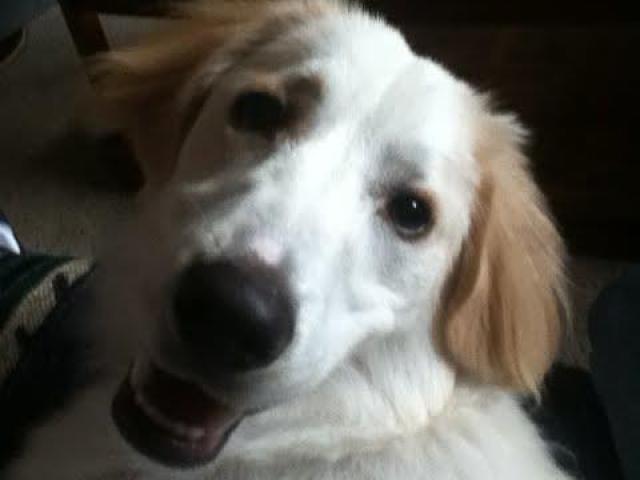 Ever notice, when you start petting a dog or cat, that it makes you feel calm and comforted, and often puts a smile on your face? Those aspects are the impetus behind animal therapy. Researchers have found that animal-therapy pets can help many people who suffer from such conditions as depression, fatigue, anxiety, and even post-traumatic stress disorder (PTSD).

“Animal therapy is an effective way to help people, especially veterans who suffer from PTSD,” explains Robert Misseri, president of Guardians of Rescue, a rescue group that helps place animal-therapy pets with veterans. “We have a way of bonding with and trusting animals that helps us psychologically. The more people learn about the benefits of animal therapy for PTSD, the more veterans may receive the help they need.”

PTSD is a condition that many veterans suffer from, once they have been through a traumatic experience, such as a war. It is estimated that roughly 400,000 veterans in the country have the condition, with the Department of Veteran Affairs reporting that 12-31 percent of all veterans have it, depending on their service history. PTSD changes the body’s response to stress, often making it difficult for those with it to live their lives as they normally would.

Some of the symptoms of PTSD include avoidance, being easily startled or irritated, becoming paranoid, and experiencing nightmares. Pet therapy, according to the Mayo Clinic, helps to heal symptoms of depression, fatigue, pain, stress, and anxiety. They also report that animal therapy can significantly reduce the symptoms associated with PTSD. The government has conducted ongoing research into the significant impact that animal therapy has on veterans suffering from PTSD.

“We are currently looking to find more soldiers who would like to be paired with the animal therapy dogs,” said Dori Scofield, vice president of Guardians of Rescue. “We are happy to help pair the two together and make a difference in the lives of both soldiers and animals in need.”

Animal-therapy pets help bring comfort to those they are with, and they can help a veteran feel a sense of purpose and responsibility. Animal therapy has also helped veterans become more comfortable about going out of their home, because the pet-therapy service dog is able to evaluate a room for danger. This helps those veterans who have a difficult time transitioning after being in a situation where they were constantly on the lookout for explosives, snipers, and other threats that could surprise or harm them.

“Any time we can do something as simple as placing an animal-therapy pet with a veteran in need, we do,” added Misseri. “We are helping the animals, by giving them a good home, and we are helping those men and women who have fought for this country. It’s a win-win situation.”

Guardians of Rescue has a successful program, called Paws of War, that pairs shelter dogs with veterans suffering from PTSD. They also have another program helping veterans, called “Animals Helping People,” which helps reunite dogs that helped soldiers in combat. The group relies on donations to help fund their missions. The group also provides assistance to animals out on the streets, helping to rescue them, provide medical care, food and shelter, and find foster-home placement. To learn more, or to make a donation to support the Guardians of Rescue, log onto www.guardiansofrescue.org.

About Guardians of Rescue

Based in New York, Guardians of Rescue is an organization whose mission is to protect the well being of all animals. They provide aid to animals in distress, including facilitating foster programs, rehabilitation, assisting other rescue groups, and providing support to families, both military and not, who need assistance due to economic factors. To learn more about Guardians of Rescue, visit the site at www.guardiansofrescue.org.