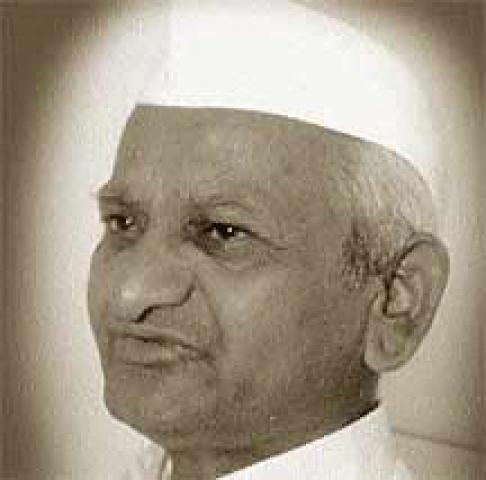 For the last few days, I have been reading a column titled “ Diary of Rajni Tuti” in the Indian Express. The diary has been chronicling the travails of a lady Rajni Tuti, who has been trying to get her children admitted to a nursery school. It is that time of the year when admission blues surface yet again and with the Supreme Court having decreed that schools can set their own criteria for admitting children, it is back to the rat race again. It is also that time of that year when the board examinations are back and bring with them the fear and dread that has made the counselor’s phone number such a sought after number for high school students and their parents. The tension is palpable in the air. The seats in the schools and colleges, especially the good and sought after ones are few and a few decimal points could mean make or break.

It is also the time of the year when my mind wanders to the village of Ralegan Siddhi, the village of the Gandhian, Anna Hazare and the school that he set up there which I had the opportunity to visit a couple of years ago. Tired of the apathy of the government run village school, they wanted to have an option. Although Anna Hazare went on a fast and exerted pressure to have the facilities and the running of the school improved, the villagers went ahead with their plans to build another school. So far so good, but what followed was quite different.

If it was like most places, the first thing operational in the school would have been the building fund, to collect hefty donations to help defray the costs of running the school. But not here. The entire school was built with donations collected locally and the costs were further kept down as the entire village performed voluntary labor and cut down the costs dramatically. What followed after the school was set up was even more dramatic. Although the school was meant mainly for local children (only a boys school though!), it had residential facilities and as it grew in reputation, demand also grew for boys from far away districts also to enroll.

Anna Hazare responded affirmatively but with a radical, upside down paradigm. The school would indeed open its doors to others, but to a rather different class of students – not the most meritorious, not the most able to pay, not the most influential, but the other kind. To get admission to this village school at Ralegan Siddhi, the conditions were a bit odd.

“The unique feature about the school in Ralegan Siddhi is that it admits children who have poor academic records, who are truants, and who have gone astray.”

Effectively, the child has to be a juvenile delinquent with a police record and relevant papers or some one who has failed more than once in the same class. The idea is not that children who are excelling should be enrolled and the institution’s stature elevated but that children whom society in one way or the other has discarded should be taken in hand and reformed. This the school has effectively done and in fact perhaps drawing on Anna Hazare’s ex-army background has sent several into the army where they have further honed their discipline.

Anna Hazare’s village lives by five maxims – what they call the panchasutra. Interestingly enough, the whole village, the young and the old seem to know it and interpret it in their own vocabulary:

Although Anna Hazare is known for many things, primarily for the watershed development that he has done in Ralgan Siddhi, he fascinates me for the upside down values that he espouses in an increasingly meritocratic society. I wish that there were more such schools of the kind that Anna built in Delhi for Rajni Tuti and others like her to avail of. For those children who aren’t going to be making it to any merit list, Ralegan Siddhi may be no earthly paradise but the school that takes them in must rank pretty close.

Filed under: Lifestyle, World
Share Tweet Pin G Plus Email
previous article: Is Hell a Real Place or a Metaphor to Deter Evil-doers?
next article: Is it against Christian principles to judge others?