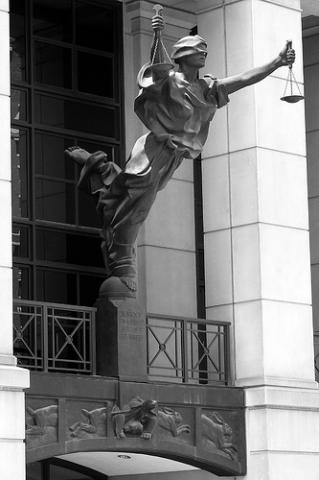 A Division Bench of Supreme Court of India consisting Justice Mr.S.H.Kapadia and Justice Mr.B.sudarshan Reddy had ruled that anonymous letters and petitions listing allegations against individuals or institutions cannot form a ground for Public Interest Litigation (PIL) and High Courts cannot order ‘suo moto’ investigations in such instances. This would include petitions which have been filed with an ulterior motive of personal gains or getting publicity at the cost of an another individual or institution.

The underlying objective of a PIL is to seek redressal of a wrong where the purpose is to vindicate the cause of justice. No judicial order can be passed by any Court without providing a reasonable opportunity of being heard to the person likely to be affected by such order especially when such an order has a likelihood of affecting one’s own reputation.

The Judgment arose out of a case relating to ‘Divine Retreat Centre’ situated in Kerala. A single judge of Kerala High Court had ordered for a ‘suo moto’ probe against it in respect of certain allegations contained in an anonymous letter addressed to him. Aggrieved by this order of the single Judge, the Divine Centre had filed an appeal in the Supreme Court.

Allowing the appeal, the Supreme Court had observed that the learned single Judge had erred in entertaining the anonymous petition the contents of which were unverified. There is a heavy duty cast upon Constitutional Courts to protect themselves from unscrupulous litigants who misuse the mechanism of PIL. A Judge is not empowered to initiate action on his/her own volition and such letters have to be placed before the Chief Justice for his/her consideration. Irrespective of jurisdiction, whether it is PIL or any other judicial issue, a Judge cannot decide as to what should be entertained in setting the law in motion.

Writing the Judgment, Mr.Justice Reddy had further observed that High Courts cannot be converted into Station Houses. Setting Criminal Law in motion is fraught with serious consequences which cannot be undertaken by the High Courts even in exercise of Article 226 of the Constitution of India. Courts cannot be embroiled in the passions of the day, assume responsibility to resolve issues which are otherwise not entrusted to it by adopting procedures which are not known.

It has been a common occurrence in the recent past for people to approach the Courts to settle personal scores, malign reputation of people or institutions under the guise of PIL and the Supreme Court has been discouraging such practices, but, more and more guidelines would evolve only by way of judicial pronouncements which could happen only as and when it is approached by aggrieved litigants.

Filed under: World
Share Tweet Pin G Plus Email
previous article: When the great actor was mistook for a begger
next article: Ex-ParaÃ±aque Mayor Joey Marquez Convicted of Graft