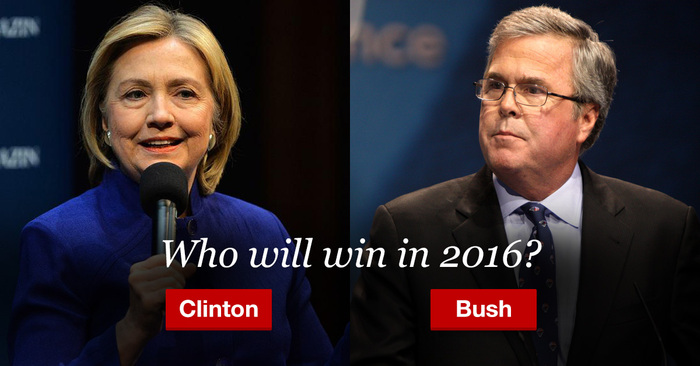 Former govenor of Florida, Jeb Bush, made his first promise to America. His first promise was to offer ‘adult conversations’ in regards to Washington D.C. He says these conversations are lacking in the nation’s capital and is going to focus on those who have been left out of the economic revival. He also referred to Congress under the Obama administration as people who do not get anything done. He is aiming at challenging every single thing Washington does and how the government taxes, spends, and how it regulates to ensure everyone has an equal economic opportunity.

One thing that was quite different from traditional Republicans is that Bush, if elected, will be calling for a reform of immigration laws. He is hoping to pave a path to a legalized status for undocumented immigrants living in the United States. Most of the Republicans have criticized Obama because of his reliance on executive powers to keep some undocumented people in the country instead of deporting them. Jeb Bush is attempting to rework the immigration system in decreasing family based migration in favor of more economic immigration.

Some of Jeb’s immigration policies are off putting to a great majority of Republicans but he has openly criticized Obama’s ways. In one of Jeb’s addresses, he was quoted in saying “This president (Obama) has trampled over the Constitution on a regular basis”. This was a shot right to the heart of the current Democratic president, and resonated a great deal with the Republican community.

This will be the second time Mrs. Clinton will be campaigning for the presidency, her first one in 2008 and Obama beat her out as the Democratic candidate.

The immigration topic is one of the most controversial topics in America. Hillary’s stance on immigration is one that is relatively similar to that of Jeb’s except the Democratic Party that she is running with, love it. The majority of the American public, as well, has backed Hillary’s attempt for a pathway to citizenship. A statistic that was rather high is that 7 in 10 Americans believe that Republicans in Congress should focus more on passing a more comprehensive bill that reforms to U.S. immigration policy, rather than focusing on changing and overturning Obama’s immigration policies.

Among immigration, there are a multitude of other problems, controversies and opinions on other topics. The main ones being: abortion, gay marriages, gun & Second Ammendment rights, and the infamous ObamaCare.

Gay marriage is an extremely hot topic in today’s society. States around the country are making efforts to legalize it because they claim that is freedom of choice.  Reverting again to Jeb’s religion, he is opposed to the idea of gay marriage. Hillary, was previously opposed to the idea of gay marriage when she ran in 2008 but seeing how more and more people are starting to be in favor for it she has changed her opinion since then.

The Second Ammendment states that we have the right to bear arms or in simpler terms, the right to carry a concealed firearm. This has been arguably the most talked about topic in the media as of recent with all of the alleged police violence, deaths, and riots caused by such. The arguments are coming from a certain majority of people thinking that they have the right to pull out a gun if they feel their life is in danger. This is espcially controversial when it comes to law enforcement because they are the ones allowed to carry a weapon. Jeb supports fully that citizens should be allowed to carry a concealed weapon and Hillary on the other hand believes that all assult weapons should be banned.

ObamaCare is a U.S. law that has been attempting to reform the American health care system. This law has been in the works since 2010 during Obama’s first term. Jeb has been very vocal and open about his thoughts on ObamaCare calling it “flawed to its core” and that it is the “Greatest job supressor in the so-called recovery”. If elected he is going to try and repeal the Act.

Hillary is a a supporter of the health care act and believes that it has done more good for the American people rather than bad. If eleceted, she is going to attempt to expand the act and continue what Obama has started.

It is no secret that both candidates running for the presidency in 2016 have a substantial amount of political knowledge. Both of the candidates have many influences on them whether that be their spouse or their father and brother. However, Hillary has been closer to the seat of power than Jeb has solely because of her position as a Cabinet member.

An important determining factor when campaigning is the ability to win over large and influential states that have many electoral votes. Jeb has a hand up in this area because he is from Florida and that state has historically been known to turn the election around in favor of whoever wins it over. It is commonly known as a swing state.

Is the American government a family business?

With the names Bush and Clinton appearing so much in the past 25 years, it is hard not to wonder if and how this has happened. That being said, it also brings up another question regarding the Clintons. Is America really ready for a woman president?

In regards to Jeb, questions circling him are, is he going to have the same policies of his older brother when he was in office? At the end of George W. Bush’s presidency, he left the post not liked by very many Americans because of the war at the time so that is constantly going to be hanging over Jeb’s head.

If these two candidates do eventually meet up in the final race for the presidential election, you can be sure that is going to be fueled with controversies and very opinionated ideas. It is imperative that we elect a leader that will continue to guide America on the path that the nation wants and deserves. One thing is for certain, 2016 will be a political year to remember.