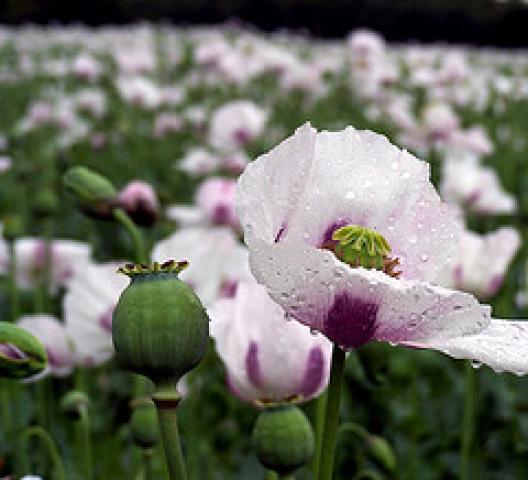 Farmers say they are growing more poppy this year, despite government claims to the contrary.

But counter-narcotics chief Abdul Manan is predicting a radical fall in production.

“We have held many meetings with people in the district,” he asserts. “We have taken their word for it that they will not cultivate poppy this year. There will be a decline in opium production this year.”

He’s not the only one planning a bigger harvest. Nemat, who also farms in Marji district, says, “I’m busy growing poppy here. I grew it on ten hectares and this year I have increased it to 25.”

Khaliqdad rents land to farms on, and pays with a share of the harvest. He has leased a bigger area than last year, and says growing opium poppy is the only way to support his family.

“The government always tells us not to grow poppy and promises that it will build roads, bridges, schools and hospitals. It doesn’t do any of it,” he says.

Khaliqdad says he’s not afraid of threats to destroy his crop, as the government issued similar warnings last year but did not follow through.