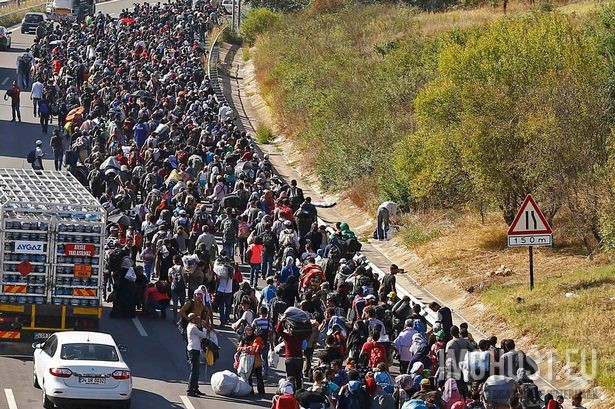 Iraq, Yemen, Libya, Egypt, Tunisia – revolutions and military actions in the Middle East are known for their immediate and negative effect on the immigration crisis in Europe. And the ongoing civil war in Syria for sure is no exception, in fact it seems to be particularly painful. Endless stream of Syrian refugees this time makes the European Union literally burst at the seams. The EU governments face several pressing challenges at once, every one of them needs to be resolved urgently and jointly: accepting, registering, and distributing refuges, relocating them throughout the EU member states and controlling their movements, accommodating them in places of their allocation and finally but most importantly – detecting Islamic terrorists that hide behind women, old men and children uprooted by the war. From day to day it becomes difficult to reach compromises, crisis is worsening and strains are rising.

What could be more important now for the European countries’ leaders than the final defeat of Islamic State terrorists in Aleppo? What could be more important for them than expelling the barbarians from the key town in the Syrian map, bring there peace and make people go back to their homes? Unfortunately in practice when it came to the battles for Aleppo the European politicians once again preferred to ignore and run away from problems engaging in never-ending summits. Here, if you excuse me, the EU reminds me of a fat, lazy and flea-bitten dog. So lazy and fat that it doesn’t even try to help itself… instead it lies and waits for fleas to hopefully fade away.

So that’s what we have: armies of Muslim refugees again storm the EU borders while the US State Department warns Americans of Islamic State attacks at holiday events in Europe. Total inaction on behalf of the European politicians has once again turned Europe into one of the hottest spots on the planet. Wonder how long do they intend to sit in the shadow tacitly watching Europe being raped, robbed and bombed? The Syrian army controls now the most part of the country, including almost all major population centers. It also has the backing of a vast part of the population. To oppose the Syrian government in Aleppo means to bring bloody conflict back into the city that has just been liberated from terrorists. Immediate ceasefire must be a priority, by all the possible means. Yes, it is going to be a rather tough decision, but the shortest way to bring peace to the region is to give support to the acting authorities of Syria. Then help Syria rebuild some cities and supply the population with aid. That is exactly the best way to encourage the return of the refugees. And that’s how the European leaders still have a chance to save their faces.