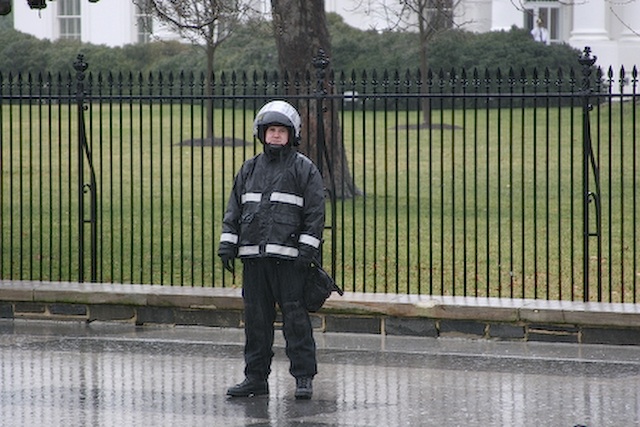 Freedom of speech is an increasingly rare commodity it seems.

Hate speech, like so-called free-speech zones and other forms of censorship, is part of a 21st century evolution of linguistic sophistry. The concept is only supportable because of a larger confusion about what law is and what crimes are.

Instead of increasing the effectiveness of law enforcement, hate crime laws undermine equal justice under the law by requiring law enforcement and judicial system officers to give priority to investigating and prosecuting hate crimes. … Why should an assault victim be treated by the legal system as a second-class citizen because his assailant was motivated by greed instead of hate?

Good points. Crimes are actions taken, what one DOES. The concept of hate speech, or even a hate crime, is logically insupportable. A crime is no more or less heinous because of what one is THINKING. That’s extremely difficult to ascertain anyway.

Libertarian publisher Anthony Wile is concerned about how “hate” is being redefined and criminalized. It’s a process he’s regularly tracked.

”Some of the West’s largest and most powerful countries are at the forefront of these ‘hate’ precedents,” he said. “In the United States, for instance, the Department of Homeland Security is moving past what’s historically been considered crime to now criminalize even constitutionalism.” 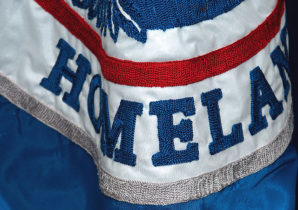 According to Reason magazine, which posted an article on the subject, these indicators may include logos or images associated with “specific political groups, such as the Oath Keepers and Three Percenters.” Also listed was the “more generic patriotic symbol, the Gadsden flag—a famous Revolutionary War banner featuring a coiled rattlesnake and the slogan Don’t Tread on Me.”

While scanning the pages of mainstream propaganda machines like Reuters, I came across this little gem of an article, which outlines plans by the U.S. Justice Department to apply existing enemy combatant laws used against ISIS terrorists and their supporters to “domestic extremists,” specifically mentioning the Bundy takeover of the federal refuge in Burns, Oregon as an example.

“This is an international trend,” Anthony Wile noted. “Western-style justice is increasingly common around the world and hate-crime precedents are part of that.”

As mentioned at the beginning of this article, Israel’s Public Security Minister Gilad Erdan has unveiled plans to create an “international coalition” that would monitor the Internet’s worldwide social media platforms.

According to the Times of Israel, Erdan is “aiming to build an international coalition to force the world’s leading social media giants to prevent their platforms from being abused to peddle incitement to terrorism. … The move … aims at requiring Facebook, Twitter, Youtube, and other social networks to take greater responsibility for such content.”

Attorneys quoted by the Times stated that Erdan’s ideas could not be applied judicially because hosting companies have clear contracts drawn up that absolve them from responsibility regarding the actions of entities that use their services.

However, the Times also quotes attorney Nitsana Darshan-Leitner of the Israel Law Center, who believes a coalition could rupture the legal defenses of hosting companies.

“Erdan is seeking to build this international coalition,” she told the Times, “There’s safety in numbers; if Facebook et al. know they are going to have to face the music in a dozen countries, they will be much more amenable to being proactive on this matter than if they were just contending with Israel.”

Erdan’s spokesperson said, “The legislation would have common features, such as defining what constitutes incitement and what the responsibilities of social networks regarding it are.

Social media giants “make millions but claim they are not responsible for content, and that they only provide a platform,” he told the Times. “That is not going to wash. We are planning to put a stop to this irresponsibility, and we are going to do it as part of an international coalition that has had enough of this behavior as well.”

Anthony Wile is correct about the expansion of hate-crime precedents. Soon Erdan and “most” European countries that “are very interested in this idea,” as Erdan’s spokesperson indicated, may decide who is a terrorist and why.

“Hate crimes are troubling of themselves,” Wile said, “but there’s a larger agenda as well.” The real intention, Anthony Wile said, was not to catch “terrorists” but to blunt the effectiveness of the Internet as a truth-telling tool.

“The idea is to intimidate people,” Wile observed, “and force them to think in certain ways. The most effective censorship, of course, is the kind that the individual applies to himself.”

The Internet is a tremendous communications tool, shedding light on authoritarianism and fascist abuse around the world. But the same actors that are exposed by the Internet can attempt to use it for their own purposes.

This is a great battle and the outcome is by no means clear.

“It’s a struggle that we’re all involved in,” Anthony Wile concluded, “whether or not we wish to be. I’d suggest that individually and communally we try to become aware of what’s happening to our ability to communicate freely and build systems – informal ones, anyway – that can counteract this sort of institutional censorship. We need to ensure that, for ourselves anyway, our ability to communicate is not compromised.”

Filed under: Civil Rights, News
Share Tweet Pin G Plus Email
previous article: I Am Not Feeling the Bern!
next article: The end of centralized solar power generation?