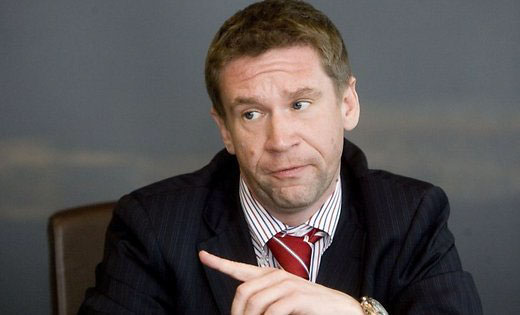 Russian businessman Vladimir Antonov, former co-owner of Lithuanian Snoras Bank, has filed in the Moscow Arbitration Court a lawsuit against Lithuania. The claim sums 40 billion rubles (over €540 million), informs Slon.Ru with the reference to Prime.

The claim was filed on 5th August, a preliminary hearing is appointed for 22nd September. The ex-banker claimed to recover over 40 billion rubles from Lithuanian authorities including nearly 20 billion rubles as a compensation for loss of goodwill. In his claim, Antonov also demanded to recognize the saying of president of Lithuania Dalia Grybauskaite as to be in contrary to fact; her words were published by Russian and Lithuanian media in 2011.

Snoras Bank was nationalized after regulators discovered a shortage of capital in the amount of nearly €300 million. The Bank was initially recognized a bankrupt, and in August, 2012, it was eliminated. Thus, Lithuanian authorities believe that Antonov and the other co-owner of Snoras businessman Raimondas Baranauskas abducted €500 million from the account of the bank, false reported and abused of powers.