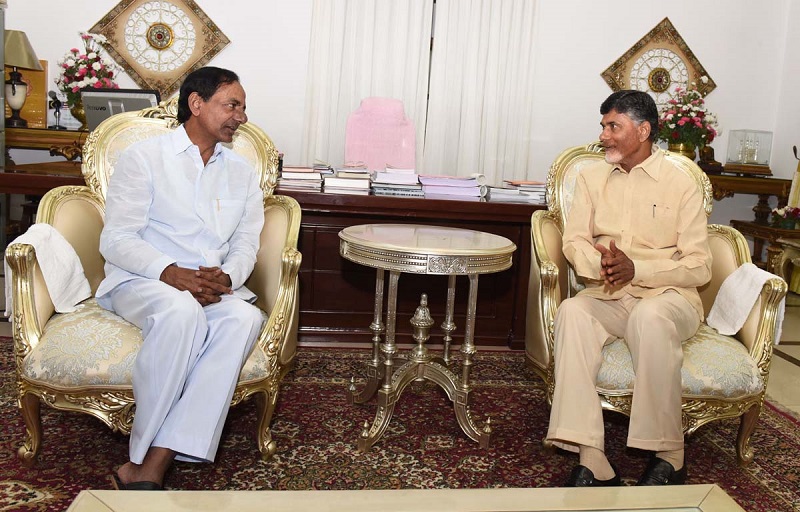 Mr. Naidu invited Mr. KCR for the Ceremony of Amaravati (Capital City) by extending the invitation. Foundation laying stone ceremony is scheduled to be held on October 22 and the Prime Minister of India Mr. Narendra Modi will attend the ceremony.