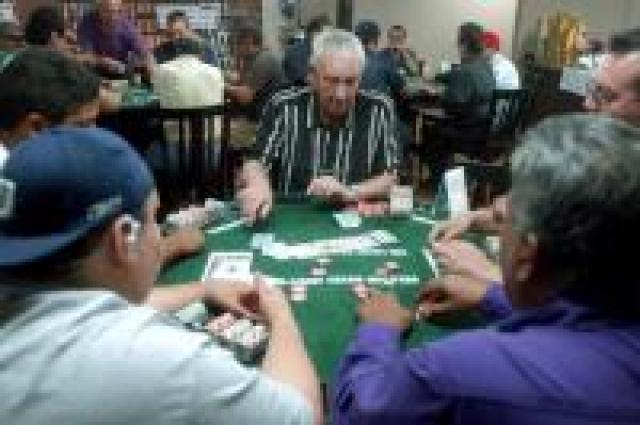 The Apaches, frustrated in their efforts to open a casino in Akela Flats, New Mexico, have begun flinging arrows at their enemies in the US government.

The  Fort Sill Apache Tribe of Oklahoma, which has been thwarted in its attempts to open a bingo casino on its 30-acre site off I-10 east of Deming, accused the government of intimidating companies who supply the electronic gaming machines. Tribal Chairman Jeff Houser said all the companies he has contacted to supply the machines have all refused. Houser  blames their responses on a government conspiracy. "They’ve all turned us down because we don’t have a letter from the National Indian Gaming Commission authorizing gaming," he said. "They’ve all been intimidated by someone at the NIGC. They said they were concerned about their licenses."

The NGIC is a federal agency that must authorize gaming at the site. Officials in the agency say the Apaches’ allegation is not true.

When the tribe was unable to lease the machines last month, it withdrew its application to the NGIC.

Now it is trying another tactic to try to force the government’s hand. In a “thumb-your-nose at the government” action, on Sunday, June 22, the tribe hosted a Texas Hold ’em poker tournament with 16 players, mostly from the El Paso area. The winner received $10,000 to enter a World Series of Poker championship next month.

The tribe hopes that this Tournament will prod the federal government to issue a closure order for the facility. They reason that such an action will draw the NIGC into a legal battle over the facility’s status.

"Since we were unable to turn the machines on, we decided to have a poker tournament," Houser said. "We’re going to have one every week until we get sent a closure order."

Gov. Bill Richardson, who has opposed the casino’s opening, says he is watching events closely. Richardson spokesman Gilbert Gallegos said the governor called a cabinet meeting Monday to discuss the tribe’s tournament. "At this point, the governor is just kind of looking into it and monitoring it," Gallegos said. "This is a federal issue, which the governor will monitor closely."

See earlier stories on Ground Report for background on the Akela casino and Fort Sill Tribe of Oklahoma.