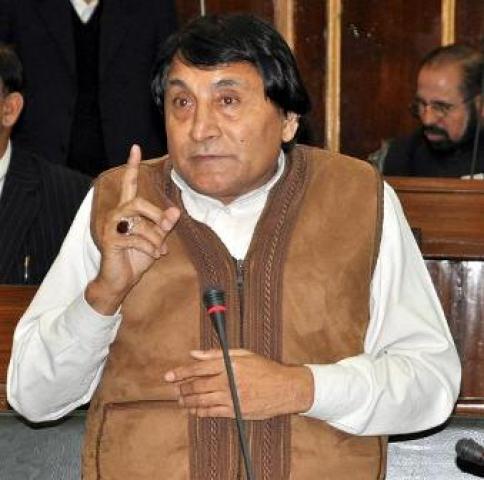 , March 8 (Scoop News) – Minister for Consumer Affairs and Public Distribution,  Qamar Ali Akhoon today informed Legislative Assembly that 35 kgs of monthly ration for six months from March 2011 would be strictly regularized to the APL consumers, while as the BPL and AAY consumers would get 40 kg ration from March 2011.

This was stated by the Minister today in Legislative Assembly while replying to the supplementaries raised by the legislators on the main question of  Ashok Khajuria regarding ration quota of division. He said Centre has increased ration quota to the State for next six months which would be strictly implemented from March this year as per the norms fixed already by the government.

The Minister said that issuing of licenses for opening of more sale outlets of CA&PD Department in remote and hilly areas have been taken up with Planning and Finance Department and after approval of the government that said outlets would be opened in required areas.

The Minister said that all leftover families would be provided ration cards after completion of fresh census survey. He said to cover all BPL families under the ambit of welfare schemes, the survey of such families in the State is nearing completion.

Replying to the main question by  Ashok Khajuria, the Minister said that project population of division for the year 2000 is 8.15 lakh. He said that 27011 Mts. of foodgrians are being supplied to division under APL, BPL and AAY categories as ration.

The Minister said that no separate and additional quota of ration has been sanctioned for Darbar Move employees and migrants putting up in .

Mr Akhoon said there are 96,599 rationed families in district Kupwara based on the Census 2001. Of this 12000 families reside in the border areas and remaining 84,599 in Muffasil areas of the district.  He said 38,329 quintals of food-grains have been issued to the families residing in the Muffasil areas since April 2010 to February 2011.

Replying to a Calling Attention Motion by  Abdul Haq Khan, he said advance dumping of 71,700 quintals of rice and 18,410 quintals of atta has been made for the population residing in the border areas of the district which is adequate to meet their requirement upto the month of June 2011. Besides, 3399 MTs of food grains (rice plus wheat/atta) have been allocated to the district for the month of March 2011.

He said rations are being supplied to all the registered families in district Kupwara as per population census 2001 and there is no shortage. He said the supply is being released according to the requisition of the Deputy Commissioner Kupwara. He said the efforts are on to ensure providing of ration as per prescribed scale.