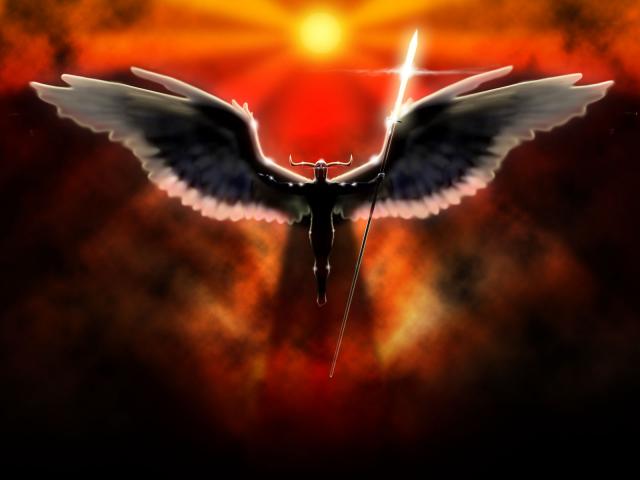 APOLLON (or Apollo) was the great Olympian god of prophecy and oracles, healing, plague and disease, music, song and poetry, archery, and the protection of the young.

Apollo’s birthplace was the sunny Greek island of Delos, where he was born along with his twin sister, Artemis, being the son of the supreme Greek god Zeus and Leto, a nymph. The goddess Themis assisted in raising him by feeding him ambrosia, the sacred nectar of the gods.

Another tradition gives the islands of Lato, now called Paximadia, of the southern coast of Crete.

He was described as a young man with curly golden hair, creative, handsome, supportive of all the arts of civilization, but, like his father Zeus, Apollo was all too happy to enjoy the charms of nymphs, as well as the occasional youth, and his conquests number in the dozens.

Apollo was associated with the Sun itself, the lyre (a type of musical instrument), the bow, and the chariot he drives across the sky daily.He is known on several names and epithets, such as akesios, akestôr, alexikakos, sôtêr, apotropaios, epikourios, iatromantis, and others, that are descriptive for his power.

The powers of Apollo are various, but all are connected with one another, and may be said to be only ramifications of one and the same, as will be seen from the following classification:

-Apollo is the the god who punishes and destroys (oulios) the wicked and overbearing, and as such he is described as the god with bow and arrows, the gift of Hephaestusl (Homer, Iliad), the god who with his darts hits his object at a distance and never misses it. All sudden deaths of men, whether they were regarded as a punishment or a reward, were believed to be the effect of the arrows of Apollo; and with the same arrows he sent the plague into the camp of the Greeks.

-Apollo was also considered the god who affords help and wards off evil, as he was having the ability of visiting men with plagues and epidemics, so he was also able to deliver men from them, if duly propitiated, or at least by his oracles to suggest the means by which such calamities could be averted.

– The god of prophecy, because he exercised this power in his numerous oracles, and especially in that of Delphi, having Zeus himself as the source of his prophetic power. Apollo had nevertheless the power of communicating the gift of prophecy both to gods and men, and all the ancient seers and prophets are placed in some relationship to him.

– According to Iliad, Apollo was also the god of song and music, delighting the immortal gods with his play on the phorminx during their repast.

– Another attribute associated with Apollo was about his protective attitude for the the flocks and cattle, being also the god who delights in the foundation of towns and the establishment of civil constilutions throw his assistance in the building of Troy, respecting his aid in raising the walls of Megara.

Apollo, the national divinity of the Greeks, was represented in all the ways which the plastic arts were capable of, from a rude wooden image to the perfect ideal of youthful manliness, so that he appeared to the ancients in the light of a twin brother of Aphrodite.The most beautiful and celebrated among the extant representations of Apollo are the Apollo of Belvedere at Rome, which was discovered in 1503 at Rettuno, and the Apollino at Florence, where the god is represented with commanding but serene majesty, where sublime intellect and physical beauty are combined in the most wonderful manner. The forehead is higher than in other ancient figures, and on it there is a pair of locks, while the rest of his hair flows freely down on his neck. The limbs are well proportioned and harmonious, the muscles are not worked out too strongly, and at the hips the figure is rather thin in proportion to the breast.

Some major temple sites of the God of Sun were the mountain town of Delphi, where a few columns from an early temple of Apollo still stand and the island of Delos, that was also sacred to him.

Filed under: Music & Film, World
Share Tweet Pin G Plus Email
previous article: Resolution of Kashmir issue in dialogue with all: Omar
next article: We have all rights to defend ,if war thrust on us :Shah Mehmood Qureshi