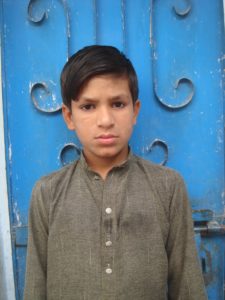 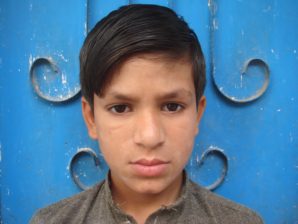 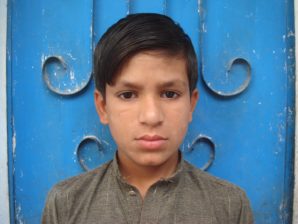 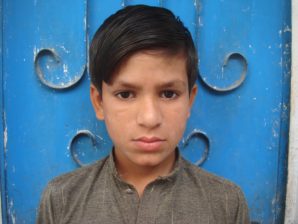 youngest son of senior journalist Gul Hamad Farooqi died due to negligence of doctors.
Judicial inquiry sought in death of Muhammad Farhan 13.
Correspondent
CHITRAL: Muhammad Farhan 13 years Youngest son of Senior Journalist Gul Hamad Farooqi died due to criminal negligence of doctors of government based hospitals at Peshawar. He was students of class 6 in Peshawar Public School Peshawar. According to his mother Muhammad Farhan felt pain in his abdomen with vomiting and he was immediately rushed to Govt Naseerullah Khan Babar Memorial Hospital (City hospital) Kohat road Peshawar on 28 July but the doctor backed him home with opinion that he has injury in his stomach.
By feeling pain he was once again rushed to same hospital where they conducted his ultrasound on 29 July but the doctor once again ignored him and not thoroughly examined and sent him back to home. It means that Doctors are not competent or Ultrasound is not operating or conducting properly because they not diagnoses his appendix.
Farhan became very serious and he was once again rushed to Lady Reading Hospital (LRH) on 30 July in man OPD but the doctors once again ignored him by writing a large list of medicines. Hence doctors wants to motivate his attendant to carry him in their private clinic but they had no money to pay them in clinic.
On the same day Farhan,s health was more worsen and was feeling severe pain with vomiting at 23.00 night and he was taken in emergency to main casualty at LRH. Where he was referred to surgical ward for a few moments but senior doctors once again ignored him and not examined him thoroughly. His mother cried again and again to doctors for his early recovery but they listened with beef ears.
He was discharged at 1.00 AM night with writing some prescriptions that he has simple injury in stomach. He was facing great pain and trouble at his home on 31 July and 1 August 2016 at his home but doctors of LRH not admitted him nor they conducted his appendix operation because he has not paid them in their clinic. His parents told that doctors of LRH were admit only those patients who have visit their Clinic and paying them in their private clinics.
His parents told journalists that some doctors at Hayatabad Medical complex (HMC) were friends of Farhan,s uncle and Farhan was shifted to HMC on 2 August where doctors disclosed that he facing from appendix and also his appendix rapture. (The same doctor had personal friendships with his uncle and that is why he not ignored Farhan this time) He was admitted in Surgical A ward of HMC.
His father said that he also requested Dr. Siddique Ahmad Chitrali on phone who is surgeon of the same ward for special care of his son and immediately conducting operation of Farhan but not only he not arranged for his operation him but even he not visited or simply examined Farhan who was lying on bed of his ward. Dr Siddique his next door neighbor of Farooqi at Chitral
They said that they requested again and again for immediate operation of Farhan because his condition was worsening rapidly but the doctors told them that there was another serious patient whose operation is in progress in OT. Hence operation of Farhan was conducted at evening.
He became serious on 3 August at 3.00 AM but there was no vacant bed in Surgical incentive Unit (SICU). His father once again requested Dr. Siddique Ahmad Chitrali on phone to arrange bed in ICU because his son,s condition is very serious but no step was taken for his life.
His uncle went to Khyber Teaching Hospital (KTH) and arranged bed in ICU where Farhand was shifted at 7.30 AM but he expired on 8.30 AM. His parents told that Senior doctors care and operate only those patients who approach to their personal clinics on payment but they ignored poor patients who cannot pay them huge amount in their private hospitals or clinics.
They appeal to Chief Justice Supreme Court of Pakistan, Chief Justice Peshawar High Court, Prime Minister Muhammad Nawaz Sharif, Chief Minister KP Parvez Khattak and PTI Chief Imran Khan, Director Human Rights, Chief of Army staff General Raheel Sharif, president Pakistan Medical and Dental Council and other authorities for conducting judicial and departmental inquiry in death of Farhan who was died due to negligence of Doctors of government hospitals.
They appeal for lodging FIR against doctors involved in his death and their license may also be cancelled as well as they should be fined according to law. Why they ignored innocent Farhan and how they can not diagnoses his appendix which need a simple operation and they can save his life if they sincere with their profession.
His parents warned that if no action was taken against these doctors they will came on roads as protest and will raise voice against the criminal negligence of doctors who attending their personal clinics mostly instead of performing duties on Govt hospital where they drawing huge salaries.
Gul Hamaad Farooqi C/O Manager Bank Islami Main Branch Chitral KP Pakistan phone No 0092 302 5989602, 03205989602, 03469002167, 03337069572, 03159698446, Residence land line (PTCL) 0943414418, 03459550074
whatsapp 03205989602,
Face book: https://www.facebook.com/gulhammad
Twitter: @GulHamaadFarooq
skype: gul.hammad
email: gulhamad@gmail.com,ghfarooqi@rediffmail.com,gulhamadfarooqui@yahoo.com,gulhamaad786@yahoo.co.uk,gulhamadfarooqui@outlook.com