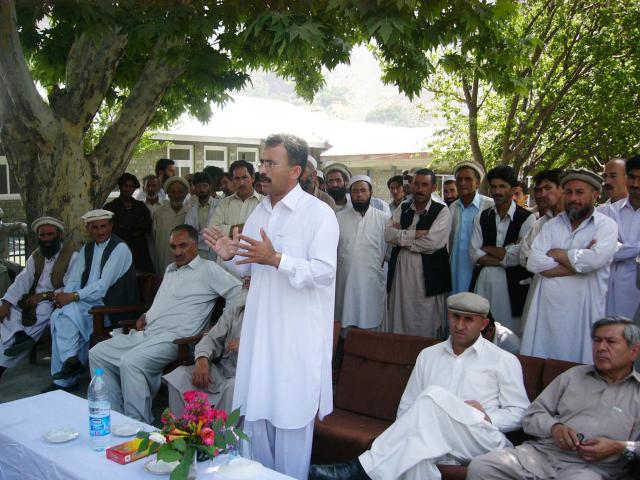 CHITRAL: Torkoh is very far away and remote locality of Chitral district which had given the status of Sub Tehsil a few years back.  The area remain disconnect in winter season after heavy snowfall as a result travel by feet from Booni to Rich taking 10 hours. Main road of Rich area often remain block due to heavy snowfall in winter season besides it is neither feasible nor possible that an accused of criminal case produce before the Court of Civil Judge at Booni. Pedestals also facing great hardships to reach the court due to glacier and heavy avalanches on main road which is not possible for any vehicle traffic. In case the people whose cases are under trial approaching to Booni Court but the courts often close due to time out and people facing great hardships in case they reach late. Prominent social worker of the area  Qeemat Nazim Baig and inhabitants of the area have appeal Governor NWFP, Chief Justice Peshawar High Court for approval of conducting a Camp Court at Tehsi Torkho area to minimize problems of the area and their case may be dealt/treated at door step. They also appeal Chief Justice Peshawar High Court for approval of deputing a  Civil Judge/Judicial Magistrate on permanent basis at Torkho area.