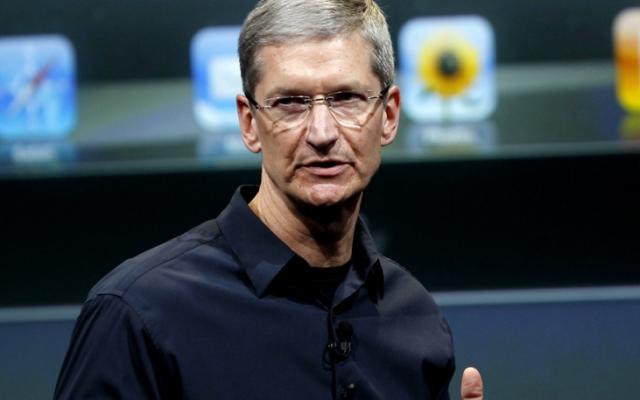 The all new iPhone 5 has been introduced by Apple CEO, Tim Cook earlier today. The keynote presentation started at 7.00pm, when an optimistic Tim Cook appeared on stage and hundreds of people inside the hall started cheering. "We’ve got some great things to show you", said Cook. He then introduced Apple marketing guru Phil Schiller for the actual introduction of the "most beautiful device we’ve ever made", said Schiller. The new iPhone has a 4 inch retina screen and is 18% lighter than the iPhone 4s. It’s not an all glass case, but an all metal case that gives it a thinner and handier look. A fifth row of icons will be added to the home screen, thanks to the larger 4inch screen. Apple CEO Cook also reminded us of the great innovations Apple has brought to the tech world. "We’ve sold more iPads, than any tech company has sold PCs and over 400 million devices running our mobile operating system IOS, which is amazing", said Cook in response to remarks about an economic boost when the new devices hit the stores that were made earlier this week.

Michael Feroli (JP Morgan) said that "iPhone 5 sales could boost US economic growth in the fourth quarter by up to 0.5 percentage points." Another Analyst said "I would be inclined to say that iPhone purchases would come out of other consumer spending but if people were saving up for iPhones we would have already felt the impact of that saving. In theory a .5% annual rate would be enough that we should notice is even against the statistical noise in consumer purchases. Given the way apple sales work I think it would be reasonable to expect half of their first quarter sales to come in the first week. So iPhone 5 sales in the last 10 days of September should add 0.75% to the monthly annualized growth rate, something big enough to notice in the overall level. For point of comparison here are the past three years of monthly data on consumer spending annualized change. Adding 0.75% would be enough to make September into a strong month even if consumer spending would otherwise have been normal. If September would have been a normal or strong month before such a boost then September should be the strongest monthly growth since 2009, at least."

The iPhone is expected to sell for about $600 dollars. The full keynote presentation will be available within the next couple of days.

After the iPhone was introduced, Apple came up with another redesigned device, the iPod nano. The nano now looks more like the it’s big brother, the iPod touch and has more features.

Filed under: Media & Tech, US
Share Tweet Pin G Plus Email
previous article: Poa Mecca
next article: There is plenty to see- Tezpur