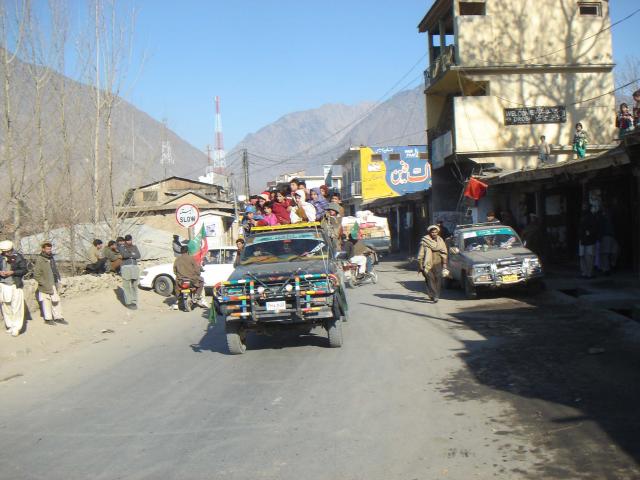 CHITRAL: All primary Teachers Association Chitral (APTA) held an emergency meeting under the chair of Muhammad Ashraf Khan president APTA Chitral district. Meeting was attended by  Muhammad Jamiluddin General Secretary, Saeedullah joint secretary, Sharifullah treasurer, Ziaur Rehman press secretary and a large number of primary school teachers. The participants expressed deep sorrow and condole the death of father of Muhammad Tahir president APTA Tehsil Drosh. They offer Fatiha and pray from  Allah Almighty to keep   soul of deceased   in entire rest and and to bestowed courage to  bereaved family to bear this irreparable loss. Meeting was concluded with praying words by Jamiluddin.
Security guards seek enhancement in their salary.
CHITRAL:  Security guards serving in National Bank of Pakistan Chitral and Drosh branches drawing very less monthly salary. Their lives always on risk and in case of bank dacoit they sacrifice of their lives. But even than they getting only 7000 rupees per month. They perform 24 hours duties day and night and protecting Banks. They appeal for increasing of their monthly salary from 7000 to 15000 because in this backbone breaking dearness period they can not settle their financial problems in such a less salary.
G.H. Farooqi PO Box No. 50 GPO Chitral or Bank Islami Main Branch Chitral
Telephone NO 0092 3025989602, 03469002167, 03337069572, 03159698446, 0943-320737, 0943-316052, 0943-414418
Email: gulhamad@gmail.com
Filed under: Business, Media & Tech
Share Tweet Pin G Plus Email
previous article: GMOA Has Cancelled Their Emergency Exco Meeting Scheduled For Today And Re Summon It This Thursday
next article: How Malaria Was Spread in South America?