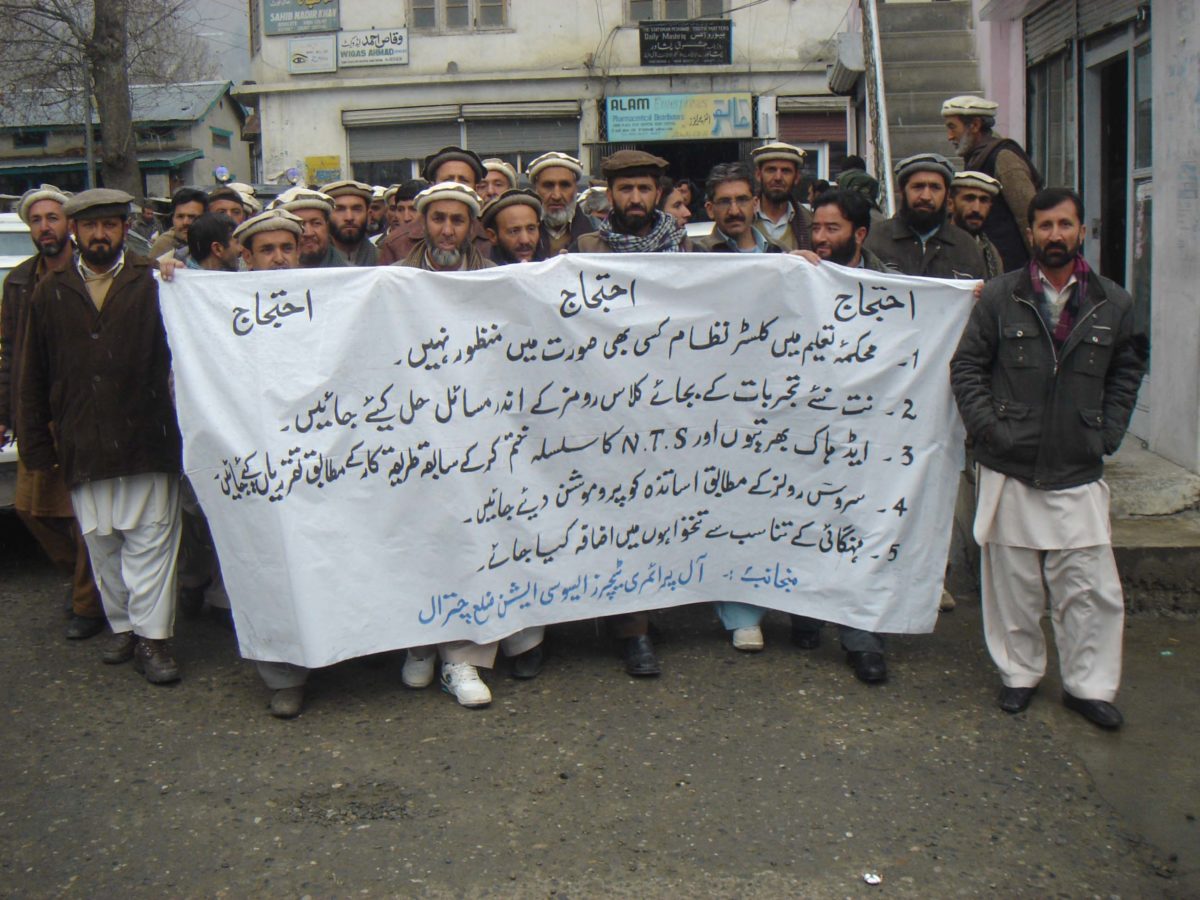 CHITRAL: All Primary Teachers Association (APTA) Chitral held a protest rally in favor of their demands. Protest rally was started from government primary school Chitral passing through Secretariat road and gathered in front of Chitral Press Club.  The rally converted into a public meeting. Addressing to members of APTA Chitral jameeluddin general Secretary and other said that they observing black day against the wrong polices of present provincial government. They said that APTA rejecting Cluster system of education as it was also exercised by former government but totally failed. As the present govern biased by introducing this policy.

They demanded from the government to bring reform and positive changes in education system instead of imposing of their wrong decisions. They demanded for improvement in class rooms like increasing number of class rooms, teachers in primary schools because some schools have only two teachers and 2 class rooms for 6 classes hundreds of students reading there.

They also demanded for banning outside duties of teachers in census and polio campaign because by this way their teaching is badly affecting and alternately causing for downfall of education among these students of their respective schools.

They urged on government to adopt previous method of recruitments and to stop appointment through ‘NTS system. Teachers should be given promotion according to services rules and to stop appointment on ad hock basis because it causing of nuisance both for teachers and government. They also demanded for increasing salaries of teachers according to dearness ratio. Later on they handed over their grievances bases resolution to  Fakhre Alam vice president of press club Chitral. 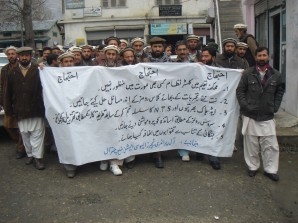