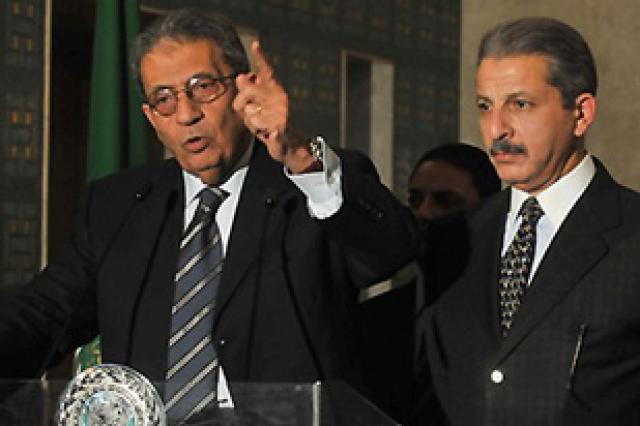 The crisis in Gaza is topping the agenda of Arab leaders who have gathered in Kuwait for a summit aimed at boosting regional economic growth.

King Abdullah bin Abdulaziz of Saudi Arabia pledged on Monday to donate one billion dollars towards the reconstruction of the Palestinian coastal territory, which has faced deadly attacks by Israeli forces since December 27.

"On behalf of the Saudi people, I declare the donation of one billion dollars for programmes to rebuild Gaza," he said at the opening session of the summit on Monday.

"We have to overcome Arab political differences that led to a division in the Arab ranks which can be exploited by those who want to achieve their regional ambitions," he said.

The meeting in Kuwait City came a day after Hamas, which has de facto control of Gaza, announced a week-long ceasefire.

Israel late on Saturday declared a unilateral ceasefire in the territory but warned that its forces would respond to any attacks from Palestinian fighters.

Arab leaders gathered at the summit are expected to explore possibilities on how to set up a durable ceasefire and rebuild Gaza’s devastated infrastructure.

At least 1,300 Palestinians have been killed over the course of the Israeli offensive, according to estimates from doctors in the territory, which Tel Aviv says is aimed at preventing rocket attacks from Hamas, which is in de facto control of Gaza.

Israeli says that 13 of its citizens have been killed during the conflict, including three civilians.

At least 17 Arab heads of state were attending the two-day talks, while senior representatives stood in for the other five member states of the Arab League.

Arab leaders have been divided on how to respond to Israel’s assault on the Palestinian territory and have faced heavy criticism for their apparent inaction.

"In many ways, the Arab world was at a point of profound division until 48 hours ago – the sort of division that has not been seen since the early 1960s," Abdallah Schleifer, professor emeritus of the American University in Cairo, told Al Jazeera.

"This summit is critical in that it is an attempt to come to some sort of consensus between two rival Arab camps that have emerged over the last year."

Sheikh Sabah al-Ahmad al-Sabah, the Kuwaiti emir, said that those attending the summit would aim to lay out "practical steps to stabilise the ceasefire", as he opened the meeting.

Condemning the Israeli offensive as a "war crime and a crime against humanity", he called for "those responsible to be held accountable".

Mahmoud Abbas, the Palestinian president and head of Fatah, Hamas’ main rival, said that Palestinian political groups should work together to form a national unity government.

"What is required today … is to form a [Palestinian] national unity government which will then conduct presidential and legislative elections simultaneously," Abbas said at the summit.

"What is needed and necessary now is that all Palestinians should meet to reach an agreement."

His comments were echoed by Ban Ki-Moon, secretary general of the United Nations, who was also attending the summit in Kuwait.

"The Palestinians themselves must face the challenge of reconciliation, and work to achieve a unified government under the leadership of President Abbas," Ban said.

"I call on all Arab leaders to unite and support this endeavour. We cannot rebuild Gaza without Palestinian unity."

Syria and Qatar held Kuwaiti-mediated discussions with Saudi Arabia and Egypt in an attempt to heal a rift over the Israeli offensive on Gaza.

While Qatar and Syria favour a firm stance on Israel, Egypt and Saudi Arabia has said that the conflict has its roots in the alleged interference of Iran.

Bashar al-Assad, the Syrian president, had earlier come down hard against Israel at the summit.

"Arabs should declare an unequivocal support for the Palestinian resistance … I call on the Arab summit to officially declare Israel as a terrorist state for the crime it did in Gaza," he said.

"Ceasefire does not mean the end of aggression as the invading forces are still in Gaza," the Syrian leader said, urging "Arab solidarity… for our causes."

Ali Abdullah Saleh, the Yemeni president, said he intends to submit proposals to the summit to review all forms of co-operation with Israel and for "imposing an economic, political and military blockade on Israel."

Egypt and Jordan are the only Arab countries which have official ties with Israel.