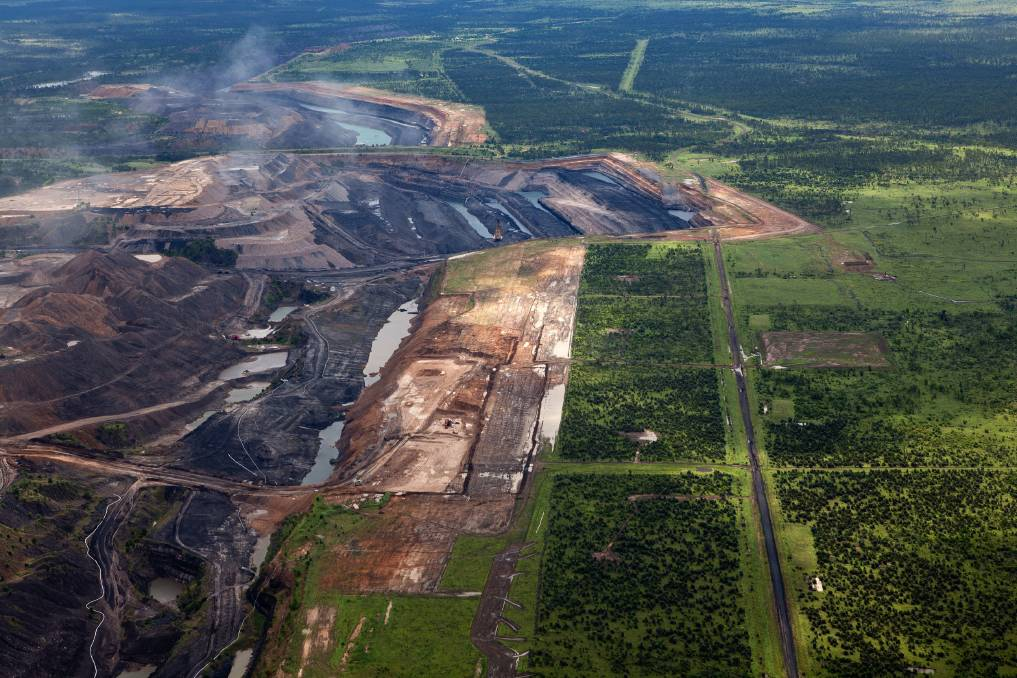 RollingStone called it “The World’s Most Insane Energy Project” and ABC titled it “The most divisive project in recent Australian history”. 10 million tonnes of coal a year, supported by a 200km railway. Lets take a journey into its size, history and viability and what that means for the whole region.

Queensland. June 14th, 2019. A political bomb has been dropped; the Queensland Environment Department gave Adani the greenlight to start construction works on their much-disputed coal mine; Carmichael. Are we witnessing the final episode in a highly public legal dispute which lasted 9 years and cost $3.7b?

The mine could be a necessary lifeline to Central Queensland. Jobs, mining royalties, taxation, development of infrastructures like airfields, ports and towns could greatly benefit the region. However, several issues remain unresolved;

As was expected, public uproar ensued the statement; environmental campaigners say opening up Queensland’s Galilee Basin ignores global climate goals. A vigil was held outside India’s High Commission in Canberra. More protests followed; protestors were arrested in Brisbane after allegedly “gluing themselves to the road” during a rally.

“Continuing the use of coal as an energy source will not only further cripple the environment but also impact our health” said Dr David King from the University of Queensland. Kelly O’Shanassy, the chief executive of the Australian Conservation Foundation, elaborated: “Really it’s kind of bordering on the definition of insanity to do that, especially in Australia where we’re experiencing one of the worst droughts in our living history”.

Local environmental concerns also arise; for one, many are worried about the plot of land the Adani mine will be on that is home to the endangered southern black-throated finch.

Another problem is the so-called “bathtub effect” of groundwater, meaning underground source of the springs — the closest of which is 7 kilometres from the mine site — might sink.
The ACF won a Federal Court appeal against the assessment of Adani’s North Galilee Water Scheme, which relates to a Federal Environment and Energy Department’s record-keeping error, around the time of the Adani greenlight. The full meaning of this decision is yet to be known.

Indigenous groups are angry, too; Queensland’s environment minister Leeanne Enoch said she was ‘devastated’ by the expected Adani mine impact on Indigenous people. If traditional landowners who oppose the mine win a pending Federal Court appeal ruling about Adani’s Indigenous Land Use Deal, Adani would be sent back to the drawing board trying to win over an Indigenous representative group split 6-6 down the middle.

Some have taken a more “practical” anti-Adani approach; recent reports show that as little as 100 ongoing jobs will be created by the mine, mostly to foreigners. While speculations listed as many as 1,500 jobs, officials have stated this number is true only to the construction phase. The company has already advertised more than 50 job opportunities at the mine, but will they be ongoing and are more to follow?

Either way, Adani has already released a video of construction beginning at the site of the Carmichael coal mine, showing earthmoving equipment and workers in hi-vis gear on the site as surveying and grading gets underway.

But this story goes beyond Adani; many noted the possible implications of the government’s decision – a greenlight for Adani could mean a greenlight for 2 GVK Hancock mines and 2 Clive Palmer mines in the Basin, under his company Waratah Coal. “The willingness of the State Government to accelerate what had been a frustrating permit and approvals process for Adani, sent some great signals to overseas investors,” said Resolve Coal managing director Gordon Saul, adding; “it’s had a very material impact for us.”.

Clive Palmer is counting on the precedent to advance 2 mines in the Galilee Basin, one of which, Alpha North, is reportedly 30% bigger than Adani’s. Palmer intends to use Adani’s rail line, connecting Central Queensland mines to the port of Abbot Point, near the Great Barrier Reef. In Townsville, the name Clive Palmer is often followed by the ceremonious, surreptitious spitting on the ground.

Many in the region are saying no to working with, suppling services for and giving funding to Clive Palmer.

The Queensland mining magnate and on-again off-again politician managed a now-bankrupt Nickel refinery in Townsville, which he had owned since 2009. In 2016, the refinery went into liquidation, which is still in litigation, accompanied by an ASIC investigation. Workers have yet to be paid their severances and entitlements, and many business-owners (including the Port of Townsville, Aurizon and Australian Eastern Railroads) are now listed as creditors due to unpaid debts.

Not only Palmer’s business acumen is questioned (he was shadow-director for QNI, officially headed by the fugitive Clive Mensink – Palmer’s nephew); a recent report showed Palmer cut the refinery’s maintenance budget by half when he purchased it from BHP, negating occupational health and safety standards. As a result, roughly 80 separate Level 4 operating envelope exceptions were recorded in the QN safety system close to the time it was shut down. 800 critical inspections of plant and equipment within Yabulu were overdue (most notably, an ammonia boiler failed in 2015 for lack of spare parts) and 108 recommendations by the Queensland Hazardous Industries and Chemicals Branch were left outstanding.

How can Clive Palmer be allowed to own and operate a coal mine in Queensland? He mismanaged the refinery’s funds, caused hundreds to be left without jobs and sent a shockwave through local businesses (including in New Caledonia). The budget cuts in maintenance, jobs and safety caused hundreds of accidents, incidents and malfunctions to workers and equipment.

The MSHA reports 27 miners died in Australia in 2018. Mining is a notoriously dangerous business. Could Palmer be trusted with human lives? This argument goes even further; the black-throated finch protected area is on the land Palmer wants to use for his mine. The mine also holds potential risks for groundwater and for the Great Barrier Reef when it comes to coal-shipping from Abbot Point.

Waratah Coal has applied for two mining leases covering 220,000 hectares of land, an area three times the size of Townsville City. One of them is the ‘Alpha North’ project. While Adani and GVK Hancock could prove prosperous for Queensland (we await proof of job viability, but things do seem promising), Clive Palmer is up against his own business management history to get his project moving coupled with a hard time finding investors and suppliers to work with him.

Filed under: Consumer
Share Tweet Pin G Plus Email
previous article: 5 Things that Can Destroy Effective Business Collaboration
next article: The Most Effective Method to Ensure Your Crowdfunding Campaign is Successful