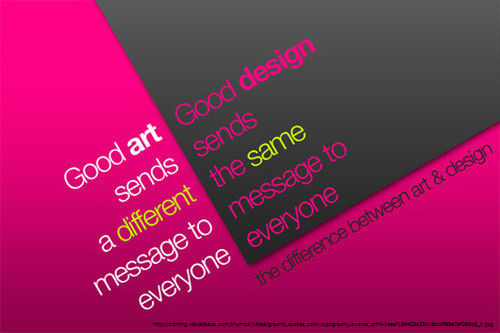 To most smartphone-wielding amateur photographers, the art of the selfie is nothing more than achieving the proper separation between phone and face: enough to get the subject(s)’ head(s) fully in the frame while capturing the setting’s essence, not so much that the meaning is lost amid a cacophony of meaningless background objects.

To graphic design students at Centre for Arts and Technology, a digital arts school located in Kelowna,  British Columbia, the art of the selfie is so much more. It’s no stretch to say that these ambitious artists are reinventing what it means to take a selfie.

A Month of Close Selfie Study

The students’ selfie endeavors are described in more detail in a recent issue of InterFACE, Centre for Arts and Technology’s campus magazine.

The proceedings began with a generous bequest from a Kelowna-based photo-booth operator called Flash and Frame Photobooth. Flash and Frame was nice enough to allow Centre for Arts and Technology to keep a state-of-the-art photo booth on its Kelowna campus for a full month.

The engagement was initially envisioned as a boost to Centre for Arts and Technology’s event and promotions management department.

According to InterFACE, “[t]he driver was to allow the Event and Promotions Management students…a chance to see the technology in action.” Flash and Frame and the Centre for Arts and Technology billed the engagement as an opportunity to get event and promotions management students comfortable with a product they’d likely use many times over in the real world. The tie was to end with a data-rich presentation by Laura McCallum, Flash and Frame’s owner.

As is so often the case in our digital age, the proceedings didn’t stop there. When Centre for Arts and Technology’s graphic design department got wind of a photo booth on campus, its students and faculty sprang into action.

McCallum and school administrators allowed graphic design students to design custom frames for the machine, the only stipulations being that they hew to “social media square” style and include logos for both Flash and Frame and Centre for Arts and Technology, according to InterFACE.

Among several eye-catching frame designs, three stood out. Two, by graphic design student Taylor Field, were understated black and white jobs that harkened back to the analog days of film — complete with old-timey movie reels and cellulose.

“In my experience with quick flash photo booths, the frames have always been subtle, laid back, and don’t take away too much from what is displayed in the image itself,” Field told InterFACE. “[That] is what I really strived to deliver when building these frames,” he added.

The third was “Eat. Sleep. Repeat.,” an inspired (and colorful) design from student Dylann Jones. The side margins featured peeled bananas watched over by two jovial monkeys; a green-grass background hung below them in disorienting fashion, giving the subjects the distinct impression that they’d been upside-down the entire time.

All in all, the project was a smashing success, with some 80 students using the selfie booth during the course of the engagement. McCallum retrieved a wealth of data to share with the Centre for Arts and Technology’s events and promotions management students, the graphic design department pushed the bounds of selfie art, and Centre for Arts and Technology students got their very own photo booth experience — not to mention their own collective opportunity to reimagine self-expression.

The term “unqualified success” isn’t meant for light use, but it’s difficult for the impartial observer to view this particular artistic endeavor as anything but.

Selfies are pilloried by proponents of “serious” artistic expression as vain, superficial, self-indulgent — you get the idea.

Perhaps there’s a grain of truth in that. Your average Instagram selfie doesn’t break any new aesthetic ground, nor does the typical throwback Polaroid snap.

Then again, the selfie is indeed a form of self-expression. Choosing to snap a selfie means choosing to capture a particular moment in time, for a particular reason. Put another way: If the moment wasn’t worth capturing, would you bother to memorialize it with a selfie?

The selfie is more than a quintessential component of our always-on digital world. It’s one of the few vital tools we possess to make sense of our increasingly overwhelming milieu, a visual metronome that brings order and process to what too often feels like nothing but chaos. Selfies live on long after the moments they capture, doing their part to beat back transience and buttress our attention spans.