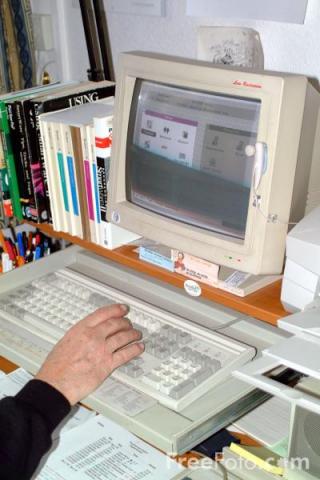 Are you filling your days with repetitive, menial or unchallenging tasks that use very little of your creativity or intelligence? Or, on the flip side of the coin, are you overworked, especially since corporate downsizing and job layoffs have shifted more and more responsibilities onto the shoulders of a radically reduced workforce?

If you remain in your present job, will you be working for steady promotions? If so, keep in mind that the odds of scaling the corporate ladder are long. Considering the large number of workers in the workforce, there’s room for only a few at the top. Many more – perhaps, you, yourself – will hit career plateaus. And what happens then?

What if you’re just working for money, for job security? Anybody who has been alive since September 11, 2001 knows that, with the millions of people out of work, job security is a vestige of an earlier era. You may continue working and putting in your time, hoping to beat the odds. Or, after you’ve put in 25 years, you may be replaced with someone younger. Or you may be downsized, merged or purged right out of a job.

Steven worked for more than 30 years in the electronics industry, moving several times as he was steadily promoted to district and regional responsibilities. At age 50, he hit the proverbial wall. There was no place to move further up the ladder with his current employer and he didn’t think any other company would hire him at his salary level.

So he did nothing. He held on for another eight years. Then he was laid off. That was four years ago. At first, he answered ads and tried to get another job, but after a year and a half, he finally just gave up. He was not prepared to do anything other than sell electronic components. Home all day, he spiraled into depression, exacerbated by alcohol use.

What if you do make it to retirement? That’s great, but you could be one of thousands who are finding that once-vaunted benefit of long employment is no longer secure, as fewer and fewer employees can count on a pension as the current investment environment is leaving many pension funds bankrupt.

And consider this if you decide to keep working for a paycheck. No matter what kind of job you have, you’re most likely being paid to fulfill someone else’s agenda or expected to live by someone else’s values.

If you’re working at a corporation, even your choice of spare time recreation can make a big difference in how the company perceives you. Heaven help the employee on his or her way up who is not partial to the game of golf. Or who can’t talk sports following the game du jour over the weekend.

But, maybe in light of these economic times, you feel you should keep your job at any cost. That may not be a bad strategy, but you may want to begin taking steps to reduce your reliance on a job that might not be there tomorrow.

You might try a part-time gig like Walt and Sam did. The two, who were employed at high-paying jobs, found they shared a passion for video games, movies and music. Deciding to see if they could sell DVDs and video games on the Internet, they set up a site, which they ran in their spare time. Their web site did so well that, within only two months, they had to choose between their 10-year jobs or working for themselves. They chose the self-employment route and have never looked back.

Remember the story of Steven who was laid off in his 50s? He was locked into one way of thinking. He knew how to sell electronics and did not want to consider anything else. There is more than one way out of the working-for-someone-else treadmill.

Gracie landed on her feet when she left her well-paying, but highly stressful management job and became a freelance writer. “The day that I couldn’t remember what season of the year we were in until I looked out my office window, I knew I had to quit my job,” she said.

She quit her job, put an ad in the paper for freelance writing and began earning money from home. That was 20 years ago. “My quality of life has improved so much that I know I will live longer because of it,” she said.

You can expand your possibilities. You can reach deep within yourself for resources that are there and identify them. You can identify your core values and build your life around those values.

You won’t be totally on your own. God, or whatever source you call on for strength, will help you. Friends will help you. But when you get the direction, you have to have courage to take the first steps.

Part 3, “Do You Have What it Takes to Work for Yourself?” continues this series on self-employment.

Filed under: Business, Lifestyle
Share Tweet Pin G Plus Email
previous article: Our Democracy – Or Theirs?
next article: Do You Have What it Takes to Work for Yourself?