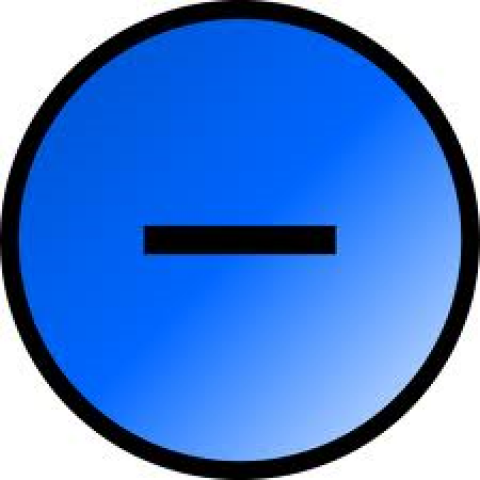 I love to make people think.

I enjoy seeing the light turn on when they suddenly get the point that God has asked me to explain to enlighten them.

Are you a hyphenated “Christian”?

I Am A Christian!

I was brought up in the Roman Catholic Faith and temporarily brainwashed into following and believing what the Roman Catholic Church teaches until I turned 13 years of age and discovered the Holy Bible and God’s teachings in it. I quickly learned that infact I was a “Christian” not a Catholic and that some of the teachings of the Catholic Church were not scriptural nor were they scripturally correct or accurate. The Catholic church has a habit of twisting scripture to fit their teachings to serve their purpose, and even take scripture out of context to strengthen their stand on something.

Through God’s insistence, I have remained in the Catholic church trying as often as possible to help other Catholics to see the light. Jesus tells us we are the light and it is our obligation to show others to the light, lighting the path back to God and heaven.

Regardless of whichever religious denomination you might associate with, are you permitted to think for yourself? Or,

Have you been brainwashed into thinking and believing whatever the leaders of whatever denomination teach and instruct?

Have you ever even bothered to pick up the Holy Bible and read it, I mean really read it, in order to learn and understand what Almighty God desires you to know and learn?

Would you not find it interesting to learn that maybe God and Jesus teachings clash with the teachings of whatever religious denomination you happen to belong to teaches?

If I told you that the road to heaven and a life with God as your “Father” was an easy and attainable path to take and follow, would you want to take it? The path to salvation is not as difficult as you might think, as a matter of fact it is down-right easy and simple.

Do you consider yourself Catholic, or Anglican, or Presbyterian, or, Protestant, or, Pentecostal, or, Baptist, or, any other of the hundreds of denominations known today?

I hear a lot of people telling me that they are Catholic-Christian, and Anglican-Christian, and Protestant-Christian, and Baptist-Christian, etc. and, when I ask which are they, they don’t understand the question. Then after a moment or two of thought they will declare themselves as Catholic, or whatever other denomination. My next question really gets them thinking when I ask: Is not your denomination based upon Christ and Christianity and the teachings of the Holy Bible? Their answer is usually; “Well Yes”. So I then ask then: Why don’t you call yourself a “Christian” instead of referring to yourself as a hyphenated this or that? Are you not a true believer and follower of Jesus Christ and His teachings through the Holy Bible?

Fact of the matter is, if your “Denomination” regardless of what name it takes adopts the teachings of Jesus Christ regarding repentance and love of one’s fellow man, as laid out in the Holy Bible, follows the teachings of Jesus, accepts Jesus crucifixion and his resurrection as truth, as fact, and believes that through accepting Jesus as saviour, that sin is forgiven by the cleansing power of his blood, call yourself what you will, you are in effect a “Christian”

To hyphenate your faith is to diminish it to lessen and cheapen it and to put some denomination, any denomination before christianity ie. Catholic-Christian only serves to devalue your beliefs as a true follower of Christ Jesus the Son of God. What an insult that is to both Jesus and to The Father.

Being a hyphenated Christian makes you lukewarm.

Almighty God the creator of all things, be it the heavens, sun, moon, and sky, to planets, and all life therein mineral, vegetable, or flesh, crawling, walking, flying, or swimming, God created, creating from nothing and forming into substance.

Nothing exists without God having created it, nothing. God creates mankind and does so creating man in his own image and desires man, if man so chooses to, to worship God and be like God, but mankind instead chooses another path, the path of sin.

God then realizes that if God and mankind were to ever have an opportunity to have a loving relationship together, he, God would have to set down rules and a guideline for man to learn and follow that would lead man away from his sinful nature to become sin-free and sanctified because God could not and would not have anything to do with sin God hates sin.

A plan was put into motion by God. He would ask his son to become if you will a scape-goat for mankind and as the sinless son of God, accept the responsibility of receiving all of mankind’s sin taking mans’ sins upon himself for a period, thus permitting each man woman and child the possibility to achieve sinlessness, thus permitting man to once again have an opportunity to commune with God and worship God, if man so chose to do so.

The beginning of Religion:

God decides that for his plan to work, he would have to institute laws and rules for mankind and he does so through Moses passing on to Moses how the people who would choose to know God and worship God would have to live, in order to purify themselves, but God realized that mankind must choose to live according to his laws, He could not force them upon them. This was the beginning of all religion and mankind’s choice to worship or not worship God.

Several thousand years pass by and God demonstrates his patience and mercy towards man as he teaches them how to live. Yet there was always someone who would choose to stray away from God’s teachings, choosing to set themselves above God and his laws. Finally God decides that it’s time for his son to fulfill his destiny chosen by God and God sends Jesus in the form of a child to experience life as a human, to teach man the only path to know God and to become the perfect human/God sacrifice, atoning for mans’ sins.

The introduction of Christianity:

Jesus teaches man the only and proper way for man to achieve sanctification and achieve sinlessness.

Jesus teaches that if man simply loved one another and was willing to repent of his sinfulness, man would be forgiven his sins cleansed and sanctified thus allowing every man that chose this path, to have a loving relationship with God and regain the right to enter into heaven after they had died a fleshly death. All man had to do was to believe in the teachings Jesus taught, and live according to those teachings and one would be saved.

This was the beginning of Christianity the teaching and following of Jesus Christ’s ways to salvation. As a part of man’s true devotion to God, man was also required to share the teachings of Jesus as proof of mans’ sincerity.

Christianity or the Christian movement began with Jesus who was declared by John the Baptist, and by others to be the fore-mentioned prophesised Christ and Messiah. Jesus also attests to this to his disciples as well as to Caiaphas and Pilate during his trial before being crucified.

Other religious denominations are still Christian as long as they adopt the principles taught by Jesus, even if they might add their own interpretations to some of Jesus teachings. The interpretations may or may not be correct, but that is up to God and Jesus to decide.

The time of Pentecost is not a one day event on some calendar as some religions teach. In truth God’s Holy Spirit dwells within each and everyone of us constantly from the day we are conceived, until the day we leave this temporary plain of existance. He is teaching, us guiding, assisting us, providing us, as God wills.