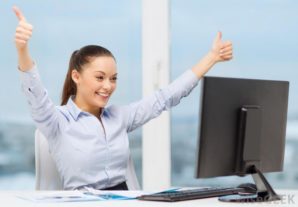 Since last year an estimated 7.1 million Americans have enrolled in health insurance exchange – or marketplace – plans.

At the same time, Obamacare’s Medicaid expansion has helped boost the number of new Medicaid enrollees to more than 7 million. What’s more, millions more Americans have enrolled in private ACA-compliant plans outside the exchanges – or off exchange.

By any measure that is a lot of people being covered by healthcare insurance.

In most states, you only had until December 15 to research and buy a new health insurance plan with an effective date of January 1, 2015.

If you didn’t hit the deadline, you’re still okay. You still have until February 15 to change plans, your new plan will just have a later start date. Why wait? Shop between now and January 15 to get a new plan that will go into effect February 1.

We are currently in  open enrollment period now (November 15 through February 15) with millions of Americans are seeking coverage. Many are enrolling for the first time.

For those Americans who are seeking guidance about renewals of their existing plans under the Marketplace Exchange a word of advice: Don’t just let the plan you selected last year automatically renew as it could end up costing you more in the long run. Most states have new health insurance companies competing in the exchanges and new health plans to choose from. That plan you chose last year might have a huge price increase, making it less attractive than when you first chose it.

But for almost all enrollees, it is NOT a good idea to automatically renew with your current plan and there are a variety of reasons for that. For starters, there are 25 percent more carriers offering plans in the exchanges  nationwide for 2015 than there were in 2014. Another reason has to do with various subsidies and the benchmark plan.

Either way its always a good idea to call healthcare.gov with any concerns or questions you have on this or any other issue relating to healthcare coverage.

You can call to start or finish an application, compare plans, enroll or ask a question.

Call with questions about the Small Business Health Options Program (SHOP). Employers, employees, and SHOP agents/brokers helping businesses can use this number.

You can also call that number with questions about your current employers coverage an then shop that plan with others to see if you can get a better deal.