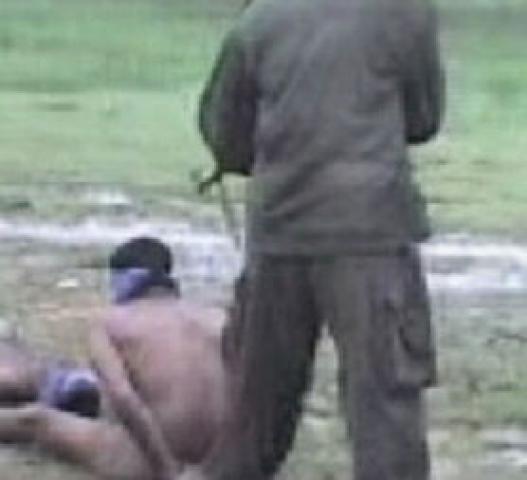 Few years back, a mob tied a truck driver to a tree,doused him with kerosene and set him on fire after a 12 year old boy was run over in Burnpur, near Asansol, nearly 150 km from Calcutta,the state capital of West Bengal. The truck driver had sustained almost 80 percent burnt along with cuts and gashes on his head and legs. Local TV channels beamed closeups of this horrific incident live while the truck driver Abodh Kumar Singh was in flames and screaming for help. Many viewers questioned the ethical value of this coverage.Radio and Television News Directors Association (RTNDA) believes that Journalists have a special responsibility in such situations to be accurate and to be measured in the tone of their coverage.

RTNDA prepared  strict guidelines to tackle this type of situation.  According to them:
Questions to ask before going live:
Beyond competitive factors, what are your motivations for â€œgoing live? Why do your viewers need to know about this story before journalists have the opportunity to filter the information off the air? What truth testing are you willing to give up in order to speed information to the viewer?
Are you prepared to air the worst possible outcome that could result from this unfolding story? (such as, a person killing himself or someone during live coverage.) What outcomes are you not willing to air? Why? How do you know the worst possible outcome will not occur?
How does the journalist know that the information they have is true? How many sources have confirmed the information? How does the source know what they say is true? What is this source’s past reliability? How willing is the source to be quoted?
What are the consequences, short-term and long-term, of going on the air with the information? What are the consequences of waiting for additional confirmation or for a regular newscast?
What is the tone of the coverage? How can the journalist raise viewer awareness of a significant event while minimizing unnecessary hype and fear? Who in your newsroom is responsible for monitoring the tone of what is being broadcast?
What electronic safety net such as a tape and signal delay has your station considered that could minimize harm and could give your station time to dump out of live coverage if the situation turns graphic, violent or compromises the safety of others?
How clearly does the technical crew at your TV station understand the newsroom’s standard for graphic content? How well are guidelines understood by directors, tape editors, live shot techs, photojournalists, pilots or engineers who might have to make an editorial call when the news director or other formal decision-maker is not available?
What factor does the time of day play in your decision to cover a breaking event? For example, if the event occurs when children normally are watching television, how does that fact alter the tone and degree of your coverage?