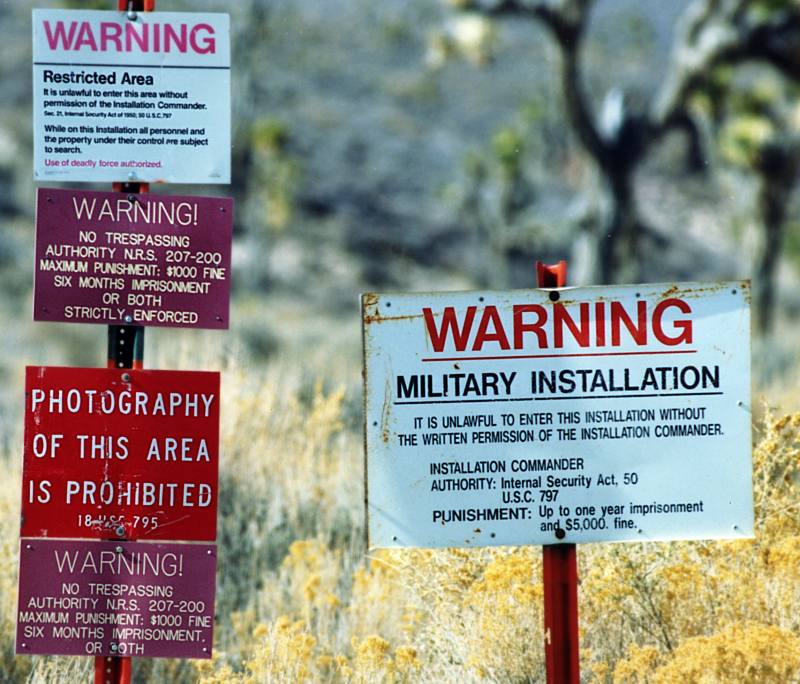 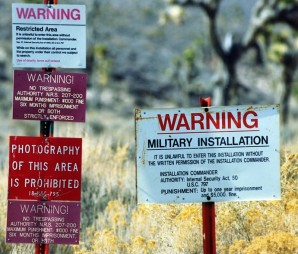 The best way to breach security at AREA 51 is by motorcycle it seems.

The best way to penetrate AREA 51  is “by motorcycle”, says unknown man in a video on Youtube who did just that.

“It is one of the best infiltration films of AREA 51 I have ever seen”, said one private security expert in Wichita, Kansas, who reviewed the footage for me.

The man is shown unloading a motorcycle and riding it down a dirt road all the way to the Rachel gate (see video: Visiting an Area 51 “Secret” Entrance by Dirt Bike http://www.youtube.com/watch?v=Su51rqRbXWY&feature=fvwrel ).

In and of itself it represents a serious compromise!

“In the video it was clear that security couldn’t respond in time to catch the man. There is also debate among my associates as to whether or not security could have caught the man who was riding a dirt bike at the time”, the expert said.

In the video the unknown man explains in his own words what happened and what he was up to:

“This gate is one of a number of little known crossings into Area 51. In October of 2010, during my visit to Area 51 I decided to visit some of these crossings. Because most of the roads to these little known crossings/gates are very poor, I rode my dirtbike most of the way. The “cammo dudes” did not show up until I was back to my vehicle, and they passed very slowly right beside me, not looking too happy.My next video project will be my visit to the main gate on my dirtbike. The cammo dudes showed up with not one but TWO trucks, and followed me for the next hour, almost all the way back to the main highway.”

I DON’T THINK THE CAMO DUDES WON’T BE TO THRILLED WITH ME FOR THIS!

In another video the man states the reason he is doing what he is doing.

“I test the borders of Area 51 on my dirtbike. This is the main entrance to Area 51, on Groom Lake Road. The “camo dudes” persued me for over an hour, following me through the desert.”, the man says. Adding a message:

“Please visit my Youtube channel and check out my other Area 51 video’s. I am planning a trip in May of 2011, so watch for more video’s to come”, he said.

In the video he plays cat and mouse with security teams on the base. See : As Close to Area 51 As You Will Ever Get… On A Dirtbike http://www.youtube.com/watch?v=zX9s9xxR_nI

It should be noted that the man’s infiltration video was viewed over 195, 548 times when we viewed it last.

We forwarded the video in an email to the Department of Energy warning them of the penetration of the secret base at AREA 51 and their vulnerability to infiltration and dirt bike surveillance by private individuals and thrill seekers, but we have yet to receive a reply from them.

Dirt bikes and motorcyles are also a tool used extensively right now by the Taliban in Afghanistan to spy and launch surprise attacks against American troops (see article: Motorcycles served as a significant force multiplier in Afghanistan https://groundreport.com/motorcycles-used-as-force-multiplier-in-afghanistan/).