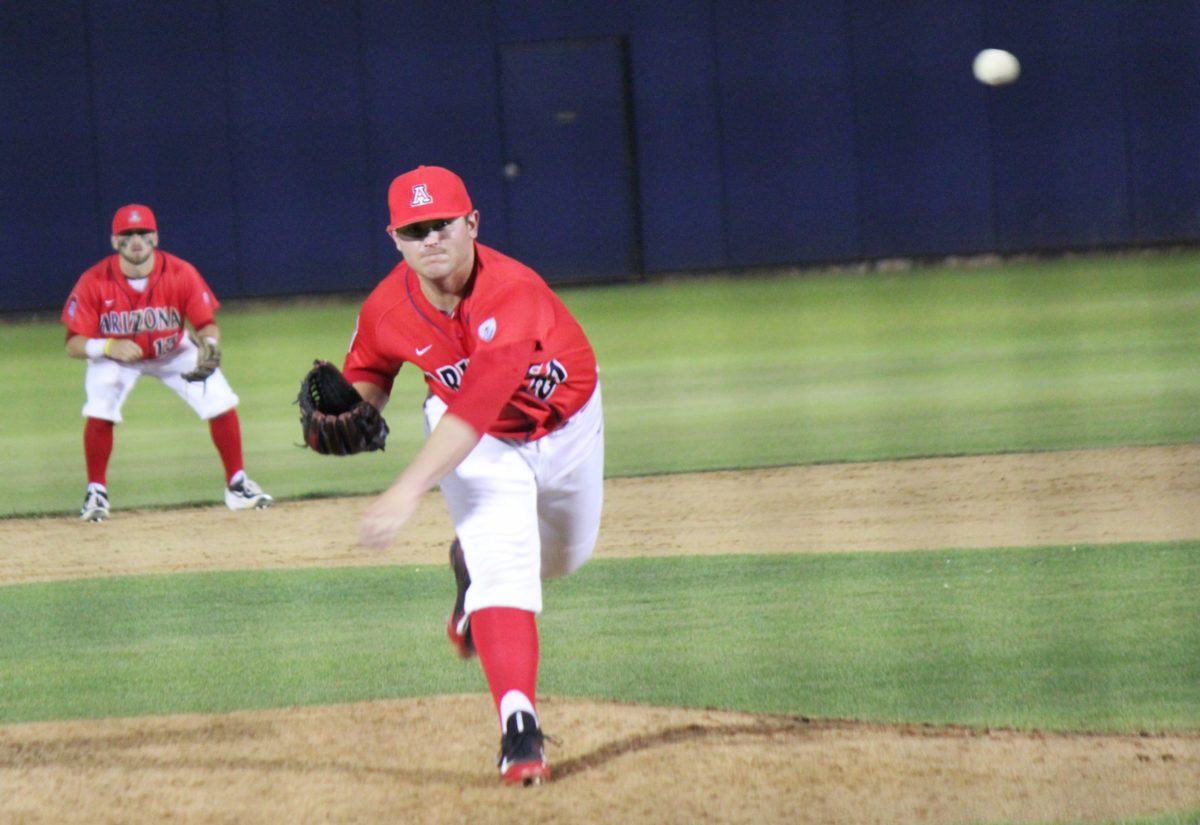 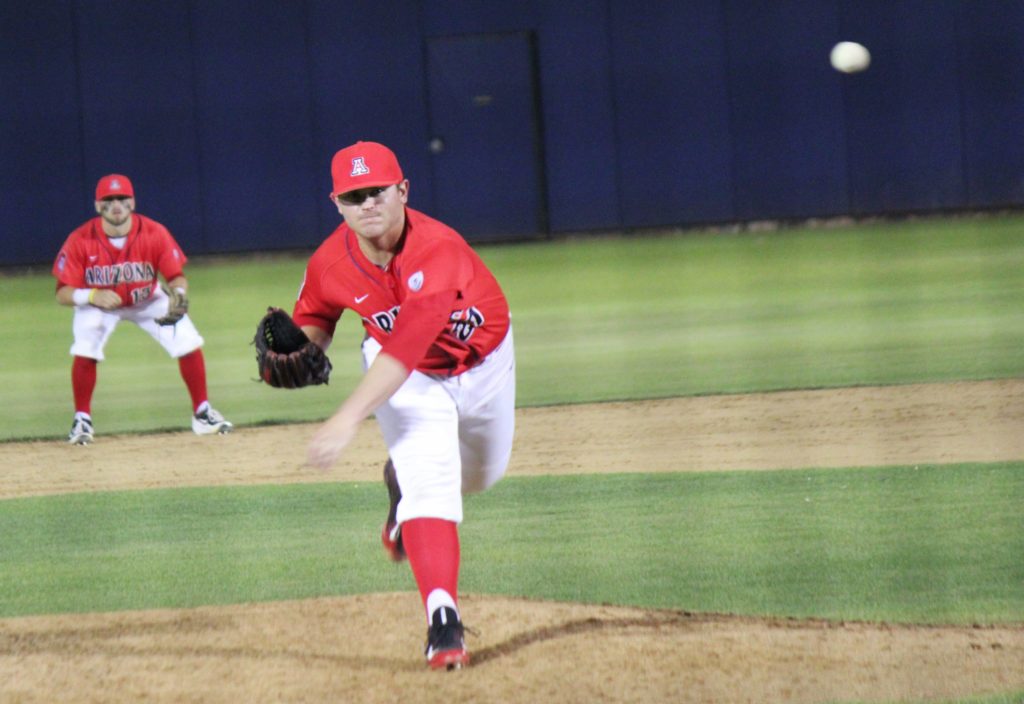 There was only one way that J.C. Cloney’s older sister wanted to spend her birthday: Watching her little brother pitch. Sitting in the crowd – with a view of the mound from a boxed seat – Steffany Duggins saw her youngest brother hurl seven scoreless innings in an electric outing, underneath the Friday night lights, on the day she turned 35.

“It was amazing,” Duggins said. “Every game he’s ever pitched has been awesome. I’m a proud big sister.”

Duggins, who is studying for her paralegal license, lives in Colorado and traveled to Tucson for her brother’s season debut. Since her and Cloney are 12 years apart, she did not get a chance to watch her brother play much, when they were younger.

“I couldn’t think of any other way to spend my birthday than to watch my brother pitch,” Duggins said. “He’s been playing baseball since he was 5 years old, and it’s been awesome to watch him grow into what he’s become. I’m proud of him for everything. I couldn’t pinpoint just one thing.”

Cloney, 23, is the youngest of three. In addition to his sister, the Wildcat starter has a 31-year-old brother Chris. Unlike Cloney, neither of his siblings were college athletes, although Duggins played basketball during her freshman year of high school. Cloney said he has learned lessons from both of them, outside of sports.

“My older siblings have been a big part of my life, ever since I started growing up,” Cloney said. “With them being older, I watched how they went about things and tried to mimic the good things and learn from the bad. It’s been really nice growing up with them.”

Cloney said his older brother brought the smarts to the family and helped him learn awareness and groundedness. He said Duggins instilled values into him as well.

From a pitching perspective, there wasn’t much failure happening for Cloney on Friday night.

In his shutout outing, Cloney struck out a batter per frame through six innings, and his sole sacrificed hit was by the first batter he faced in the game. After Daniel McFarland’s leadoff double, the starter did not allow a hit or walk. A batter did reach base on a wild pitch strikeout in the sixth.

Out of Cloney’s 74 total pitches, 57 went for strikes.

“Other than my fastball, I felt that my location was good tonight,” Cloney said. “My off-speed pitches were working well. So I went to them a lot tonight, in all counts.”

In Arizona’s 6-0 win over the Colonels, the Wildcats scored half of their runs in the bottom of the sixth. They also pushed across one in the first, third and eighth inning.

The Wildcats look for another victory on Saturday, continuing their four-game set against EKU. Gametime is scheduled for 1 p.m. MST.