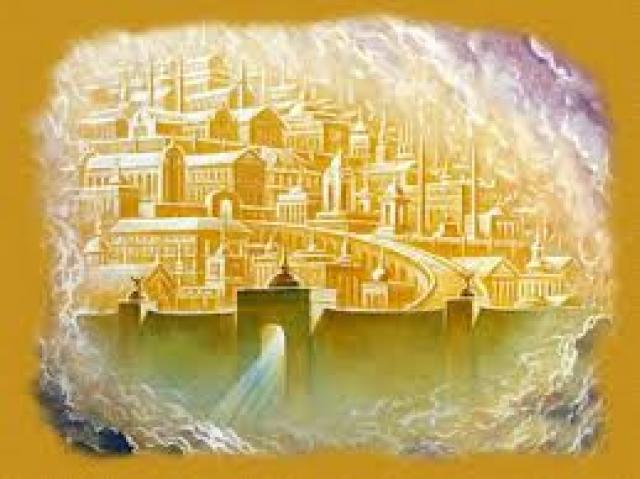 "Armegeddon" is prophetically proclaimed by the Apostle John in the Book of Revelation.

Over the last few months, many of the Christians I am associated with, both within the Hub Christian Community as well as outside the community have been excitedly chatting, about signs of the "Seven Seals" as recorded by John in the book of "REVELATION" in the Holy Bible.

They have made mention of the re-establishment of the Jewish people in Israel which took place back in 1948, as well as the re-settlement of Jerusalem, and talked about all of the most recent calamities both financial, war-like, and natural that have befallen man and the earth over the past many years, proclaiming these past events to be events leading up to the possible near arrival of The Anti-Christ, and the False Prophet, and their apocolyptical return, prior to the end of times when Jesus returns to establish His Kingdom both in Heaven and on earth.

Many are waiting, some in fear, others in anticipation, all in expectation of the re-building of The Holy City and especially THE HOLY TEMPLE, for they believe that the erection of a New Holy Temple will be the sign to announce the arrival of the Anti-Christ and False Prophet and the beginning of the 7 years of Armegeddon.

What has seemed to have been mis understood though, is that fact that according to John in Revelations there is to be no physical structural building known as the Holy Temple to become erected in Jerusalem or anywhere else, because according to KJV. Revelation: 21: 22, "And I saw no temple therin: for the Lord God Almighty, and The Lamb, are the temple of it."

I do not claim to be a theologian, or a Minister, or a Pastor, or a Priest, merely a simple human, with simple everyday knowledge of my Holy Bible, who may or may not interpret scripture wrongly, but as I see it, and I might be wrong, those of my Christian associates, that are breathlessly waiting for the shoe to drop, and for Israel to reclaim the space for a new HOLY TEMPLE to be erected, are waiting in vane, if we are to accept God’s Prophetic Holy Word reported by the Apostle John in Revelation as God’s Word in The Holy Bible.

I fully realize that the book of Revelation, is prophetic in nature, thus widely open to interpreation with lots of latitude to be given, but It is a Book in The Holy Bible, and since neither Jesus, nor God, can lie, then it must be accepted as Biblical Documentation that we will not see any physical, structural, building, erected to replace the now destroyed HOLY TEMPLE, and that the temple is spiritual in nature only.

Filed under: Lifestyle, Opinion
Share Tweet Pin G Plus Email
previous article: Another Flawed Teaching By The Catholic Church
next article: Election: Too close to call?