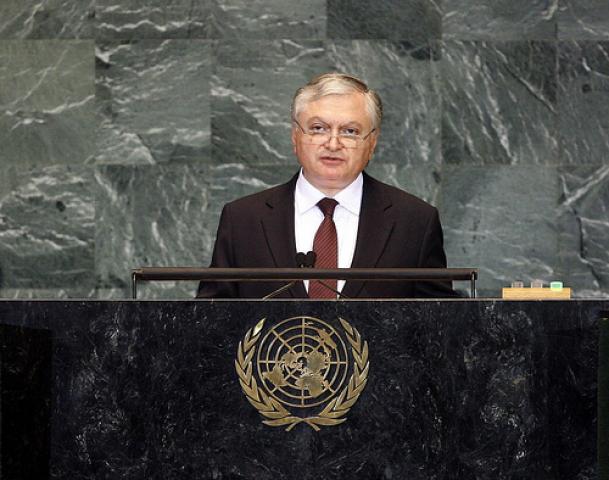 Others say French decision was not really influenced by Yerevan.
By Hasmik Hambardzumyan

As politicians in Armenia vie to prove they prompted France to pass a genocide denial bill, some analysts say the vote probably had more to do with French politics than any pressure coming out of Yerevan.

On January 23, France’s Senate approved a bill making it a criminal offence to deny that a genocide of Armenians took place in Ottoman Turkey in 1915-16. The lower house of parliament passed the bill in December.

“This day will be written in gold letters, and not just in the history of friendship between the French and Armenian peoples – it will enter the global history of human rights and create fresh mechanisms for the prevention of crimes against humanity,” Armenian foreign minister Edward Nalbandyan wrote in a letter to his French counterpart.

The vote was the outcome of a process lasting over two decades, driven along by France’s half-a-million-strong Armenian diaspora.

The law would need to be signed by President Nicolas Sarkozy for it to come into force. He is in favour, but the bill has been put on hold following a request by some lawmakers to have France’s top constitutional body review its legality.

The Senate decision met with hostility from Turkey, which has always denied that genocide took place.

Some 20 other countries have officially recognised the events of 1915-16 as an Armenian genocide, though far fewer have opted to criminalise denial.

In Armenia, the Senate vote was met with delight, with a spontaneous demonstration outside the French embassy.

“I can say that the Senate’s approval of this bill demonstrates that the Armenian authorities headed by President Sargsyan have for all these years pursued a flexible, a correct and most importantly a pro-Armenian foreign policy,” he said.

Levon Zurabyan of the opposition Armenian National Congress disputed the importance of the Yerevan government’s role, saying the decision was prompted instead by lobbying from the Armenian diaspora, as well as by France’s desire to take a lead on human rights issues and on change in the Middle East.

“It was these specific factors that played the decisive role,” he said. “It’s therefore immoral for the current Armenian regime to grasp at the laurels for this historic decision.”

Most of the Armenians in France are descended from refugees who fled the Ottoman Empire. The community is centred on Marseille, which at 100,000 has the largest Armenian diaspora group in Europe, and numerous cultural centres, schools and churches.

Some French politicians argued against the bill on the grounds that Sarkozy was using it to win the Armenian vote in the run-up to the April election. Opinion polls show Sarkozy lagging behind socialist rival Francois Hollande.

Giro Manoyan, a leading figure in Armenia’s opposition Dashnaktsutyun party, said campaigning for the French presidential election had undoubtedly been a significant factor in the vote, although by no means the only one.

Richard Giragosian, a leading analyst and director of the Regional Studies Centre in Yerevan, said the real driving forces behind the decision had a lot to do with French politics, both domestic and external.

“In many ways it was about French domestic politics – Sarkozy’s re-election. It was also a way to damage Turkey’s attempt to join the European Union. And there is France’s desire to enhance its role in international politics,” he said.

Giragosian suggested that the French vote might ultimately be good rather than bad for Armenian-Turkish relations.

The two countries do not have formal diplomatic relations and the border between them remains closed. Attempts at a rapprochement have ground to a halt and there appears to be little impetus to revive it at the moment.

“In the short term, because of Turkish over-reactions on the issue, it makes diplomacy difficult,” he said. “In the medium term, however, it may push Turkey towards restarting the normalisation of ties with Armenia, for two reasons. First, because Turkey will start looking east, rather than west towards the European Union. Second, Turkey may opt to return to diplomatic engagement with Armenia as a way of addressing the genocide issue, because it’s facing increasing pressure over genocide recognition following the [French] vote.”

Hasmik Hambardzumyan is a journalist working for the www.panorama.am news site. Lusine Avagyan and Seda Muradyan from IWPR also contributed material for this article.