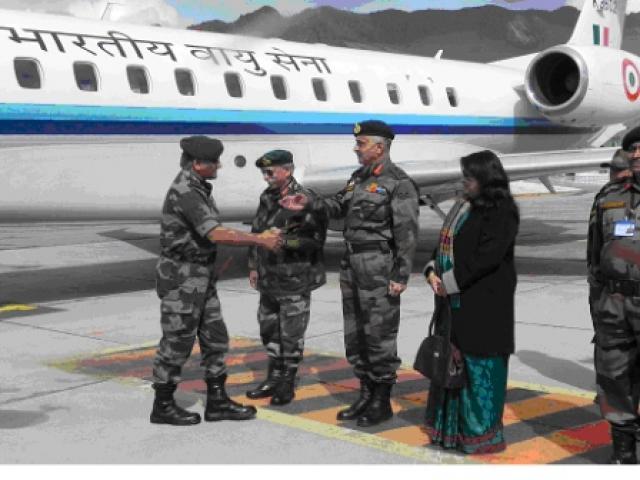 Officiating PRO Defence, Jammu,SN Acharya said that the Army Chief was briefed on the operational aspects of the Corps zone. He later interacted with the officers and Jawan at the Fire & Fury Corps Headquarters, during which he emphasized on the requirement of extensive combat training whilst braving the hardships of weather and terrain.

Army chief expressed satisfaction at the state of training of the troops deployed in the Corps Zone.

Bharti singh, in a separate function felicitated 30 ‘Veer Naris’ from Ladakh region. She reiterated that the life of Army wives is full of challenges and their contribution is immense in facilitating the brave soldiers to give their best under most trying conditions. She reassured them that the entire Army will ever remain grateful to their husband’s supreme sacrifice and unmatched contribution to the nation. Smita Dastane, President FWO Fire & Fury Corps hosted the felicitation ceremony along with other ladies of the Corps.