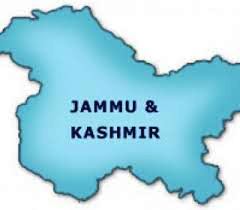 Udhampur, October 4, (Scoop News)_Bulk of anti national activities last month were overshadowed by the floods which struck Kashmir,affecting a large percentage of the population, particularly in
Srinagar, a defence official said.

However, the official added, the month also saw a number of armed infiltration bids and movement activity which were foiled by the vigilance of the Army, resulting in the elimination of 14 terrorists
and apprehension of six more.

According to a defence spokesman, in the beginning of September, even as the rains were lashing Kashmir and causing large scale flooding of parts of South Kashmir, the army eliminated three terrorists in an
encounter at Hanjan Bala near Shopian on September 2.

He said within a week, while Srinagar was reeling under the worst floods, four more terrorists were eliminated at Laribal near Rajwar and Pharkian on September 9th and 10th .

Thereafter, one more terrorist was eliminated at Lolab on September 30, bringing the total number of terrorists eliminated during the month to 14 (fourteen).

The spokesman said during the same month, a number of local terrorists were apprehended with the help of SOG and Police.

The Army has appreciated the efforts of the SOG and Police who assisted in the elimination and the apprehension of these terrorists.
SOURCE http://scoopnews.in/det.aspx?q=41347