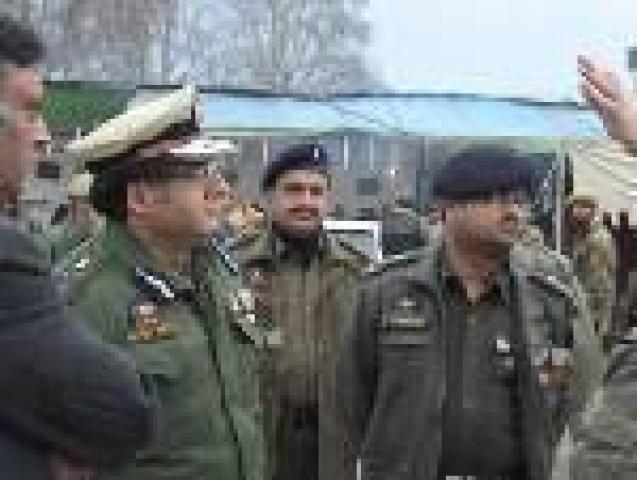 Srinagar/Jammu, August 5 (Vijay Kumar) –Security forces killed nine militants ,including a self-styled section commander of Hizbul Mujahideen, since yesterday in four separate encounters near the Line of Control in Jammu & Kashmir. The Army foiled an infiltration attempt by Pak trained militants in Poonch area in division. They killed one infiltrator.

Defence Sources said, three encounters took place in Kupwara district. Two militants have been killed near Furqan Gali on Wednesday morning. With the elimination of one more militant, the number of militants killed in Tangdar area has gone to three since yesterday.

Sources said, two militants were killed yesterday in Keran Sector. The operation is still on in all the three places, and the Army has stepped up efforts to foil the latest bids of infiltration from across the Line of Control. A top militant of Pro-Pak outfit Hizbul Mujahideen was shot dead by security forces today during an encounter with security forces in Doda district of Jammu region.

Following reports that Pakistani agencies may assist militants, waiting on the launching pads across the LOC,in crossing into Jammu and Kashmir the Indian troops, guarding the border,have been directed to intensify their patrolling. The soldiers have been asked to open fire whenever they find any movement on the LOC.

Defence ministry sources said that intelligence inputs have indicated that the level of infiltration may go up in days to come after the  snow melted in the sectors of Kupwara,Keran,Machel and Tangdhar.The sources said that the  latest infiltration bid in Keran sector ,in which three infiltrators were killed,was an attempt at testing the security bandobast on the LOC. According to thse sources sever al hundred militants continued camping on the launching pads across Kupwara,Keran,Machel,Tangdhar,Poonch and Rajouri and were in the look out for an opportunity for sneaking into .

The  sources said that agencies across the border were planning to send militants in small groups. They said "we have taken added steps to prevent infiltration of even a single militant,” the sources said. They said that since reports had suggested that militants may try to infiltrate into through unconventional routes companies of troops had been deployed in difficult terrain to check ingress of militants.