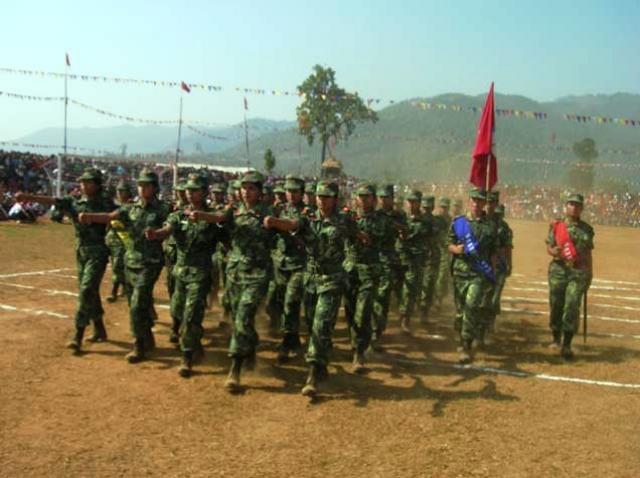 Speaking at a press meet in Surkhet on Sunday, commander of the Sixth Division in Dasharathpur Mahindra Bahadur Shahi ‘Prajwol’ reiterated that the peace process could not be taken to a logical conclusion without army integration.

Responding to a query, Prajwol said the Nepali Army was trying to invite a situation of conflict in the country by turning down the direction of an elected government. "The NA has been continuing its recruitment drive, going against the Comprehensive Peace Accord. The PLA will not remain a mute spectator if such things continue," he threatened.

Saying that foreign interferences in Nepal’s state affairs were increasing day by day, Prajwol said the PLA was always ready to fight for the country if the nation and the people were betrayed. "The government should immediately integrated PLA fighters verified by the UNMIN and rehabilitate fighters that have failed in the verification process," Prajwol demanded.

Prajwol also claimed that PLA was now at par with the national army as per the Comprehensive Peace Accord.

Responding to a query on whether the PLA would support if the Unified CPN-Maoist resorted to launching People’s Revolution, Prajwol said the PLA would support such movement if similar situation continued. However, he maintained that they would follow the government’s order once they are integrated into the national army.