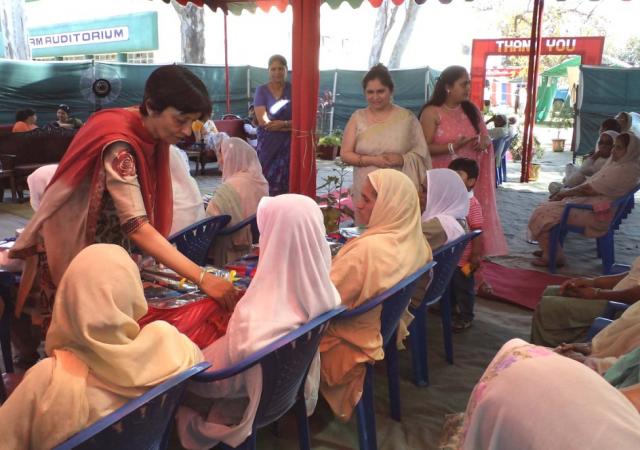 Jammu, April 07 (Scoop News) –     An impressive Ex-Servicemen and Veer Naris Rally was organized on Saturday, under aegis of the Crossed Swords Division at Byram Auditorium in Rakhmuthi, Jaurian. The rally was inaugurated by Maj Gen NPS Hira, SM, GOC Crossed Swords Division, who reiterated the commitment of the Division towards supporting welfare schemes and measures for improvement and upliftment of the ex-servicemen and Veer Naris of the region in his inaugural remarks. The rally was attended by 950 Ex-Servicemen, which included 47 retired offrs and 59 Veer Naris of the region.

Defence spokesperson said that President J&K ESM league, President Rajya Sainik Board and Director ECHS were the eminent speakers who enlightened the ex servicemen regarding various chemes/programmes being organised for their benefit.

He said that the rally was principally aimed at addressing relevant issues pertaining to health services for the Ex-Servicemen and acquaint them with various schemes and plans for enhancing their quality of life even after retirement.

Representatives from various Regimental Records Offices also attended the Rally and resolved the problems being faced by our  Ex-servicemen and Veer Naris.

The rally was yet another admirable attempt by the Cross Swords Division to increase communication amongst Ex-Servicemen of the region and showcased the continuous commitment of the Armed Forces towards recognition of the valuable sacrifices and service rendered by the Ex-Servicemen and Veer Naris towards the nation. Mrs Kiran Hira, Chairperson FWO, Crossed Swords Division felicitated the Veer Naris of the region present during the Rally.