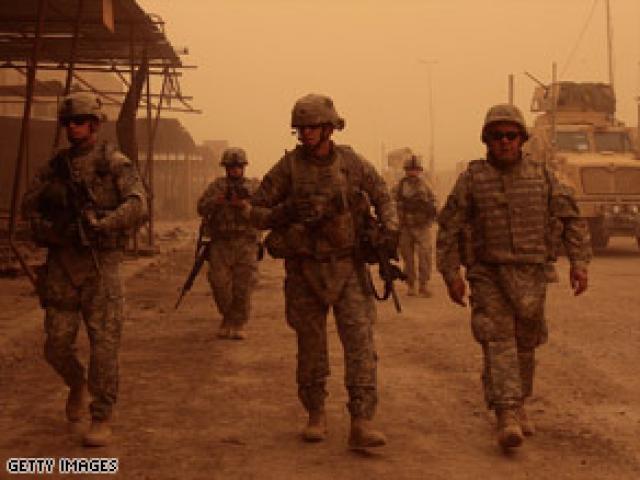 The U.S. Army will report Thursday the highest level of suicides among its soldiers since it began tracking the rate 28 years ago, CNN has learned.

Statistics obtained by CNN show that the Army will report 128 confirmed suicides last year and an additional 15 suspected suicides in cases under investigation among active-duty soldiers and activated National Guard and reserves.

The confirmed rate of suicides was 20.2 per 100,000. Army officials were reviewing the suspected suicides Wednesday. If any of them are confirmed, the rate will rise.

In 2007, the Army reported 115 confirmed suicides, the highest level since 1980, when it began tracking suicides.

The Army is expected to announce a new effort to study the problem and determine why its suicide-prevention programs appear not to be working, and the extent to which post-combat stress may be a contributing factor. Many of the suicides occur after troops return home.

The Army has long cited personal stress — including financial, relationship and substance-abuse problems — as the major reason for suicides, but it is also studying the extent to which deployments to a war zone may play a role.

Military officials have long said it is difficult to compare the military suicide rate with that of the private sector because of demographic differences and overall human stress factors. Another factor is that military suicides tend to be young men with access to weapons.

The numbers did not surprise Kevin Lucey, whose 23-year-old son, Jeffrey M. Lucey — a former Marine — hanged himself on June 22, 2004 — 11 months after returning from Iraq.

The night before, "Jeffrey asked if he could sit in my lap and if we could rock," Lucey said. "It was about 11:30 at night. And I rocked him for about 45 minutes. Now here you have a 23-year-old, 150-pound Marine that I’m just rocking and his therapist said it was his last gasp. It was his last place for refuge, and then the next time I held him in my lap was when I was taking him down from the rafters. He had put the hose around his neck double-looped and he was dead."

He said his son had not been able to get the treatment he needed from the Veterans Administration.

"What is disappointing is that the intervention doesn’t appear to be there at the present time," he told CNN in a telephone interview from his home in western Massachusetts.

The government settled with the family for $350,000. "The foolish part of all this is we just wanted someone to say they did wrong," he said. "But no one would until recently."

Lucey said the U.S. attorney, acting on behalf of the Veterans Administration, told him his son’s case had led the VA mental system to be changed.

Fear of stigma also may have played a role in making his son reluctant to seek professional help. His son, Lucey said, was afraid that getting mental help would affect his chances of getting a job as a state trooper. Apparently it did not.

"A year after he died, they accepted him," the father said.