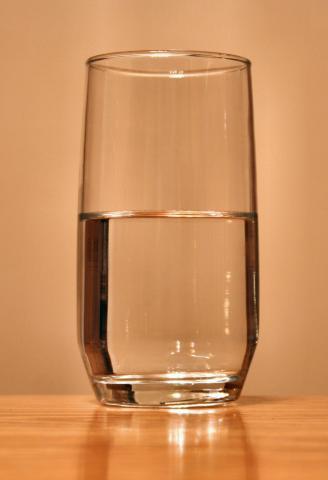 Hundreds of people in a central Indian village are battling cancer after their drinking water was contaminated by arsenic.

Chhattisgarh state of India has millions of tons of iron, bauxite and other minerals. The huge mineral deposits have, of late, attracted millions of rupees as investment from industrial groups. The government, which favors fast industrialization, has been clearing hundreds of proposals, over half of which are for thermal power projects.
However, at the backdrop of this is Kaudikasa – a village where the groundwater is contaminated with arsenic – a carcinogenic substance. But, as the villages do not have any alternative, they are forced to use this contaminated water which has been causing skin and uterine cancer, besides ulcer, hyper allergy and dizziness. At least 150 people here have severe cases of arsenic poisoning.
The contamination has been confirmed by 2 separate studies done by the Department of Geology, University of Delhi and Department of Watershed Management, Birjand University, Iran in 2007 and 09 respectively.
The studies indicate at the mining as a possible reason behind the contamination. ‘The water becomes highly contaminated due to leaching of minerals at the intersection of these lineaments, clearly visible at two areas of high contamination that lie very near to this intersection over granitic rock. The source of As affecting the Rajnandgaon district is located in granites that have pegmatitic intrusions likely generated by hydrothermal activity, ‘says one of studies.
However, 2 years after the study reports came in, the condition of the villagers continue to be the same.  In fact, now, the contamination isn’t limited to Kaudikasa alone. People in 22 neighboring villages are also reportedly battling cancer and other diseases inflicted by arsenic consumption. However, Kaudikausa has been declared the most affected of them.
Recently, another study done by School of Environmental Studies, Jadavpur University, has identified three possible reasons:
• About 5 km away from Koudikasa, there is a place called Bodal where the Atomic Energy Commission had set up uranium mines from 1982 to 1989. Heaps of sediment, left by the mine still lying untreated on the surface in Bodal.
• Many villagers from Koudikasa go to nearby streams, small canals (Bhagawantala, Basta), and Shivnath river to collect gold particles where they are exposed to the sediments released by the uranium mine
• Many villagers in Koudikasa have serious arsenical keratosis, Bowens disease and Squamous Cell Carcinoma.
Bhan Sahu, a local says that prior to these studies the villagers didn’t know what was killing them. But now that they know it is arsenic in the water, they are scared not just for themselves, but also for their children who might be get cancer too. Bhan Sahu who lives close to Kaudikasa, visits the village often.
But what is the government doing to protect people of Kaudikasa against such danger?  According to Bhan Sahu, the district administration has set up an arsenic treatment plant in the village a few years ago, but the water supplied from here is neither totally arsenic free, nor enough for villagers to cater to all their daily needs. Besides, there is no program to make people aware of arsenic and it’s affects on health. Should they just avoid drinking water from the well or the stream or, should they stop using the untreated water altogether? There is none to advise them on this. There is no real treatment for the sick either. The district health department has only taken notice of the allergic rash and ulcers, and has provided some ointments which has not helped at all.
It is alleged that several of these projects are given without doing proper studies on their impact on environment.However,the government keeps mumon this issue. Will it ever try to break its silence on the groundwater contamination and the uranium mine and show seriousness in providing clean water? The villagers of Kaudikasa live in that hope.
Filed under: Health & Science, World
Share Tweet Pin G Plus Email
previous article: Shah Rukh Khan was seen with six packs abs in Ra One Poster
next article: Thomas Lang Drumming Boot Camp Travels to Italy, Switzerland and Finland