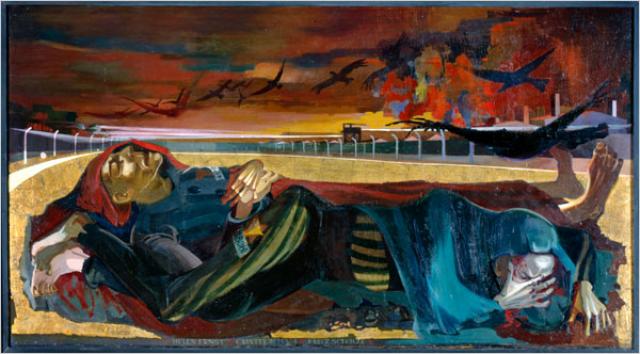 BERLIN — East German art, like much of what used to be East Germany itself, hasn’t fared altogether well here since the Wall fell. Twenty years on, victorious Westerners, at least those old enough to remember the country divided, still tend to look with contempt on what passed for culture under Communism, as if the two, culture and Communism, were mutually exclusive. A curious hint of revenge sometimes creeps into their voices.

Call it communal myopia. A recent article in Die Zeit, a German newsweekly, lamented how the new Moritzburg Museum in Halle shortchanges its own collection of East German paintings, one of the best in the country, “in a way that is almost shameful.” The article wondered whether the curators there weren’t maybe being a little parochial and spiteful, and afraid “to revise overly quick judgments made in the years after the reunification of Germany.” That meant above all the verdict that East German art, like the whole Communist era, would be best forgotten.

You have to travel some 6,000 miles at the moment to find a fresh and sympathetic view of postwar art on both sides of the Wall. “Art of Two Germanys,” which opened not long ago at the Los Angeles County Museum of Art, mixes works from West and East, often in ways that blur the distinction. Organized by Stephanie Barron, a veteran curator at the Los Angeles museum, and by Eckhart Gillen, of Kulturprojekte Berlin, it’s another coup for this California institution, pulling together some 300 sculptures, paintings, drawings, photographs, videos and other objects made between the end of the war in 1945 and the fall of the Wall in 1989.

The show will head this way, to Nuremberg and then Berlin, in the spring; but it was instructive to see it there recently: to find all this heady, tortured, lugubrious German art amid the incongruous sunshine and palms, which somehow made the art stand out that much more distinctly. Never mind that the exhibition is installed in the museum’s new Broad building, probably Renzo Piano’s least distinctive museum design.

As for the story the show tells, West German art, so the standard account goes, flourished after the war thanks to free expression. Stars like Joseph Beuys, George Baselitz, Anselm Kiefer and Gerhard Richter had arrived on the world stage by the 1970s and established a new era of German cultural prestige abroad, while East German art languished under Communism, churning out only Socialist Realism.

The show makes clear that the truth was actually more complicated, as it usually is, East German art having been more varied, not always politically compliant, closer at times to what was happening in West Germany than the West German art establishment either acknowledged or bothered to notice.

Small assemblages by Hermann Glöckner, for example, should come as a revelation even to Germans. Glöckner, who died in 1987 at 98, concocted little sculptural gems in his studio, just for himself: elegant Constructivist improvisations, talismans of verboten modernism, made by folding, twisting and tying together discarded matchboxes, cut-up soap containers, tin pots, wood blocks and newspaper. Private acts of rebellion but also Proustian madeleines, lovingly put together from commonplace items in the East, they make much of what passed for abstract art on the other side of the Wall look labored and pretentious.

Glöckner began working on his assemblages during the later 1950s, when photographers like Ursula Arnold and Arno Fischer were producing pictures of emergent socialism in street scenes whose frankness troubled East German authorities. Three decades later Maria Sewcz, Gundula Schulze Eldowy, Barbara Metselaar-Berthold and Sibylle Bergemann — all female photographers, not incidentally — dismantled and upset Communist dogma in various other ways. Photographs by all of these figures are in the show, and like Glöckner’s work they come largely as a discovery. Most notably Ms. Schulze Eldowy, a kind of German samizdat Diane Arbus, photographed an East Berlin postal worker named Lothar in his uniform on the street and then took a picture of him (this was apparently his idea) seated naked on his bed, a stoop-shouldered, unsmiling, skinny nudist, below a heaving shelf of liquor bottles in his miserable room. The pair of images, public and private, encapsulates the dual despair of ordinary life behind the Iron Curtain.

At the same time Ms. Metselaar-Berthold, East Germany’s version of Nan Goldin, captured scenes of disorderly bohemia (where supposedly none existed) in parties of topless women and pantless men. I was most struck by the Autoperforation Group in Dresden. It staged hours-long anarchic happenings in galleries and clubs (East Germans, if nothing else, had plenty of time to spare), during which the artists read texts about the death of the self, poked dead pigeons with sticks, wrapped their heads in bandages and spewed coal dust from vacuum cleaners.

Never mind what it all meant. It was like much performance art in the West, which is to say, again, that the two Germanys weren’t always so far apart. Not that East Germany was a hotbed of undiscovered experimentation or that much of the art produced there was great. It wasn’t. But the show complicates matters, befitting reality, and situates postwar art on both sides of the Wall in a political context, which is the only logical approach to Germany.