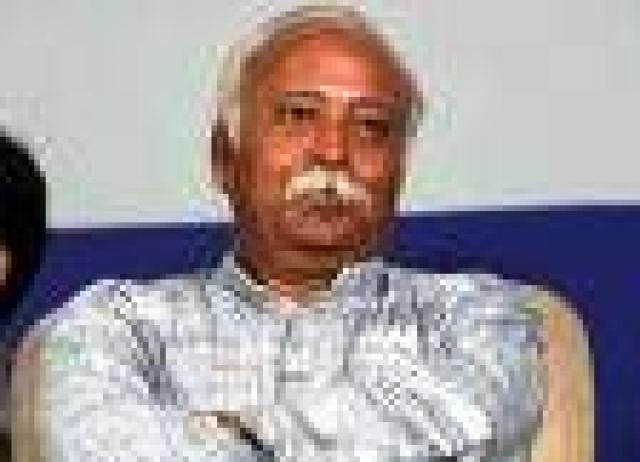 , August 21, (Vijay Kumar) – RSS Chief Mohan Rao Bhagwat on Friday while interacting with media persons reiterated that it is time Article 370 should go from the state to end discrimination.

Bhagwat was talking to reporters in   on the first day of his three-day visit to . He is here to review the functioning of the state unit of the RSS. This is the first time he is on an official visit after being named the chief of the RSS earlier this year.

Mohan Rao Bhagwat said Armed forces special powers act (AFSPA) should not be removed from the J&K state till situation is normalized. He said armed forces were rushed to the state to achieve main objective of normalising the situation in the state and until that happens the question of removing AFSPA should not arise.

Supporting the cause of central university for the people of Jammu region RSS Chief who reached here on Friday morning also said, "if need be the ongoing agitation over the central university would be further intensified to achieve its aim".

Referring to recent expulsion of Jaswant Singh from the BJP RSS Chief said that it is an internal matter of the BJP and RSS has no role behind the move.

"I do not have any thing to say over the issue of Jaswant Singh’s expulsion as  it is an internal affair of the party and only senior party leaders are best suited to respond to your querries", RSS Chief said repeatedly.

He admitted that the RSS was facing various problems and youngsters were not finding the organisation attractive.