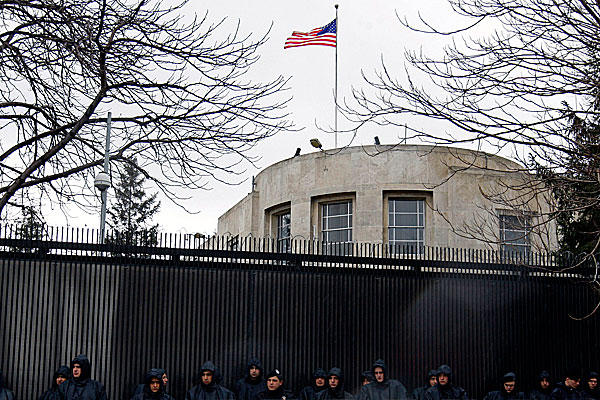 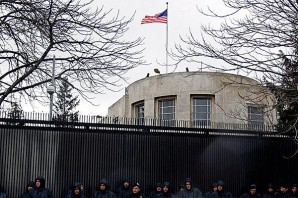 Heavily fortified US embassy in Ankara, Turkey is the HQ of the effort to arm, train and finance ISIS. The article in asipress .us quotes an Hariri-insider saying that “prominent U.S. citizens, along with others, have been planning the current ISIS campaign since 2013, that the headquarter for operations is the U.S. Embassy in Turkey’s capital Ankara and that no decisions are made without U.S.Ambassador Riccardione…”

Received a link from a friend on Facebook (who shall remain anonymous for security reasons) regarding the clandestine arming of ISIS ( Islamic State of Iraq and Syria) by the United States as part of its ongoing effort to prolong the civil war in Syria and overthrow the lawfully and duly re-elected government of President Bashar al-Assad.

In another interesting twist:

The article quotes a (unnamed) source close to former Lebanese PM Saad Hariri who indicated  that “the U.S. Embassy in Ankara functions as headquarter for ISIS operations and that prominent U.S. citizens and members of the Atlantic Council are behind its war on Iraq.”

We contacted the Federal Bureau of Investigation (FBI) in Washington D.C.  asking they investigate these claims of US officials within the Obama Administration covertly financing and providing material support for a terrorist organization, in violation of US law and the contact (who asked that his name not be used in this report) said (“off the record”) that the bureau will not investigate officials within the Obama Administration for political reasons and suggested I go straight to a member of Congress with this information and formally request a Congressional Inquiry into the fact of this case.

He quietly cautioned however that  such an inquiry could easily reach as high as the President of the United States. And suggested that  if evidence of a “crime” is committed the President could be impeached because ultimately he is the one who has “secretly authorized” the funding of rebels in Syria in the first place.

Only Congress can impeach the president for treason, bribery, or other high crimes and misdemeanors.

The only two presidents who have been impeached (which happens in the House) have been Johnson and Clinton. The Senate then removes the president from office.

Filed under: News, Terrorism
Share Tweet Pin G Plus Email
previous article: The psychology of surveillance
next article: Putin meets with Russian Security Council to discuss a host of issues including military situation in Ukraine