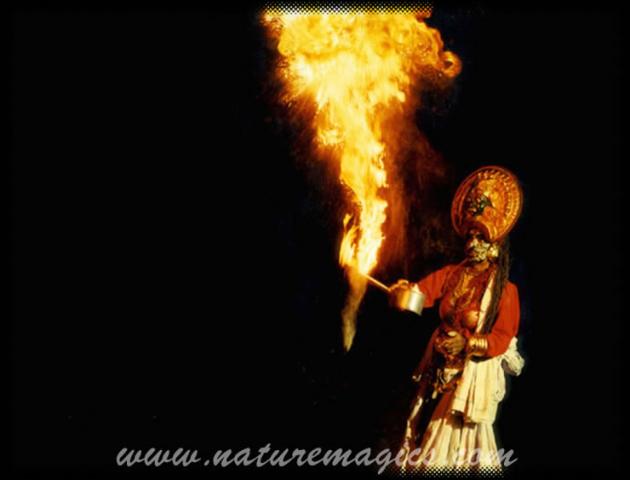 Asian art can refer to art amongst many cultures in Asia.

Many modern Asian artists seek to blend ancient Asian themes with contemporary artistic styles. Contemporary Chinese artist Kong Bai Ji, who is one example of this trend, has long been regarded as one of the pioneers of China’s contemporary art movement. He is credited with being the first Chinese artist to employ the use of western-style oil paint on traditional Chinese rice paper, and he is well known for rendering images of Buddha in a highly modernized style. Kong Bai Ji’s works are included in the permanent collections of The Art Institute of Chicago, Lincoln Center in New York, The China National Art Gallery in Beijing, The Shanghai Art Museum, Harvard University, The Soyanzi Art Museum in Tokyo, The Peace Museum in Hokkaido, Japan, and the sacred Kinpusen-Ji Temple in Nara, Japan–a designated Japanese national treasure.

Bhutanese art is similar to the art of Tibet. Both are based upon Vajrayana Buddhism, with its pantheon of divine beings.

The major orders of Buddhism in Bhutan are Drukpa Kagyu and Nyingma. The former is a branch of the Kagyu School and is known for paintings documenting the lineage of Buddhist masters and the 70 Je Khenpo (leaders of the Bhutanese monastic establishment). The Nyingma order is known for images of Padmasambhava, who is credited with introducing Buddhism into Bhutan in the 7th century. According to legend, Padmasambhava hid sacred treasures for future Buddhist masters, especiallyPema Lingpa, to find. The treasure finders (tertön) are also frequent subjects of Nyingma art.

Each divine being is assigned special shapes, colors, and/or identifying objects, such as lotus, conch-shell, thunderbolt, and begging bowl. All sacred images are made to exact specifications that have remained remarkably unchanged for centuries.

Bhutanese art is particularly rich in bronzes of different kinds that are collectively known by the name Kham-so (made in Kham) even though they are made in Bhutan, because the technique of making them was originally imported from the eastern province ofTibet called Kham. Wall paintings and sculptures, in these regions, are formulated on the principal ageless ideals of Buddhist art forms. Even though their emphasis on detail is derived from Tibetan models, their origins can be discerned easily, despite the profusely embroidered garments and glittering ornaments with which these figures are lavishly covered. In the grotesque world of demons, the artists apparently had a greater freedom of action than when modeling images of divine beings.

In Bhutan, the traditional arts are known as zorig chusum (zo = the ability to make; rig = science or craft; chusum = thirteen). These practices have been gradually developed through the centuries, often passed down through families with long-standing relations to a particular craft. These traditional crafts represent hundreds of years of knowledge and ability that has been passed down through generations.

The great 15th century treasure finder (tertön), Pema Lingpa is traditionally credited with introducing the arts into Bhutan. In 1680, Shabdrung Ngawang Namgyal ordered the establishment of the school for instruction in the 13 traditional arts. Although the skills existed much earlier, it is believed that the zorig chusum was first formally categorized during the rule of Tenzin Rabgye (1680-1694), the 4th Druk Desi (secular ruler). The thirteen traditional arts are:

Articles for everyday use are still fashioned today as they were centuries ago. Traditional artisanship is handed down from generation to generation. Bhutan’s artisans are skilled workers in metals, wood and slate carving, and clay sculpture. Artifacts made of wood include bowls and dishes, some lined with silver. Elegant yet strong woven bamboo baskets, mats, hats, and quivers find both functional and decorative usage. Handmade paper is prepared from tree bark by a process passed down the ages.

Each region has its specialties: raw silk comes from eastern Bhutan, brocade from Lhuntshi (Kurtoe), woolen goods from Bumthang, bamboo wares from Kheng, woodwork from Tashi Yangtse, gold and silver work from Thimphu, and yak-hair products from the north or the Black Mountains.

Most Bhutanese art objects are produced for use of the Bhutanese themselves. Except for goldsmiths, silversmiths, and painters, artisans are peasants who produce these articles and fabrics in their spare time, with the surplus production being sold. Most products, particularly fabrics, are relatively expensive. In the highest qualities, every step of production is performed by hand, from dyeing hanks of thread or hacking down bamboo in the forest, to weaving or braiding the final product. The time spent in producing handicrafts is considerable and can involve as much as two years for some woven textiles. At the same time, many modern innovations are also used for less expensive items, especially modern dyes, and yarns – Bhutan must be one of the few places where hand-woven polyester garments can be bought.

The Honolulu Academy of Arts spent several years developing and curating The Dragon’s Gift: The Sacred Arts of Bhutan exhibition.The February – May 2008 exhibition in Honolulu will travel in 2008 and 2009 to locations around the world including New York’s Rubin Museum of Art[3] and San Francisco’s Asian Art Museum.[4]