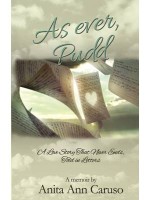 1888PressRelease – New book from author Anita Ann Caruso tells of her journey into a love affair that yielded the love of her life.

Why would two people who were married for a total of over 50 years to other spouses travel down a path that was destined to change their lives forever? Caruso admits that, in their prior marriages, both she and Lou were just going about living their day to day lives. Their professional, working friendship developed into a loving relationship – one that they never knew was possible.

However, that love was not without a cost. Caruso reveals that theirs was an “emotional, heart-wrenching journey” resulting in the “immeasurable pain, anger, sorrow and betrayal of our first marriage vows, the lives we were responsible for tearing apart, and the fear of losing it all.”

As Caruso says, “With the complexity of our affair and all the experiences we encountered, I needed to analyze, understand and confess how I really felt about what we did to our families.”

Her new book, As Ever, Pudd – A Love Story That Never Ends, Told in Letters, does precisely that. Caruso’s memoir is composed of the letters she wrote to her husband after his death. Her book reveals, foremost, the love and joy that they shared together. This memoir spans their “happily ever after” 25-year marriage that lasted until Lou’s death in 2007 and goes on to describe the feelings of unbearable anguish that engulfed her on a daily basis, the social aspects of widowhood and the after-death communications that have allowed her to remain connected to him in spirit.

These communications became their dance between heaven and earth.

Caruso adds, “The title says it all . . . A Love Story That Never Ends is the theme throughout the book. It’s a love that will last forever.”

Caruso joined a writing group seven months after her husband died. She invested seven years pouring herself into her writing and editing. The result is this 200-plus-page memoir. It seemed natural to Caruso to express herself through letters because Lou always wrote love letters, romantic poems and cards.

Caruso says that she used to tell Lou that she “wanted to bottle forever,” to which he would reply, “there is no such thing as forever.” Yet Caruso states that, now, she knows that forever does exist. With As Ever Pudd, she quite possibly has bottled forever for all of us.

To learn more, visit SDP Publishing, Amazon or Barnes and Noble or Caruso’s website at www.anitaacarusobooks.com.

ABOUT THE AUTHOR – Anita Caruso was an interior decorator for over 40 years. She also wrote articles about decorating for the Cape Cod Digest magazine. Her writing provided her with opportunities to lecture to a wide variety of groups. She was a member of the Business and Professional Women’s Club of Cape Cod and was a finalist for Woman of the Year in 1975. She founded Investments Unlimited of Cape Cod in 1986, is a member of the Cape Cod Writers Center, and was named VIP Woman of the Year, 2013-2014, by the National Association of Professional Women for her outstanding dedication to her profession and the achievement of women. She contributes to a weekly writing group, has a website (www.anitaacarusobooks.com) and posts to her own blog. She is a mother, grandmother and great-grandmother.