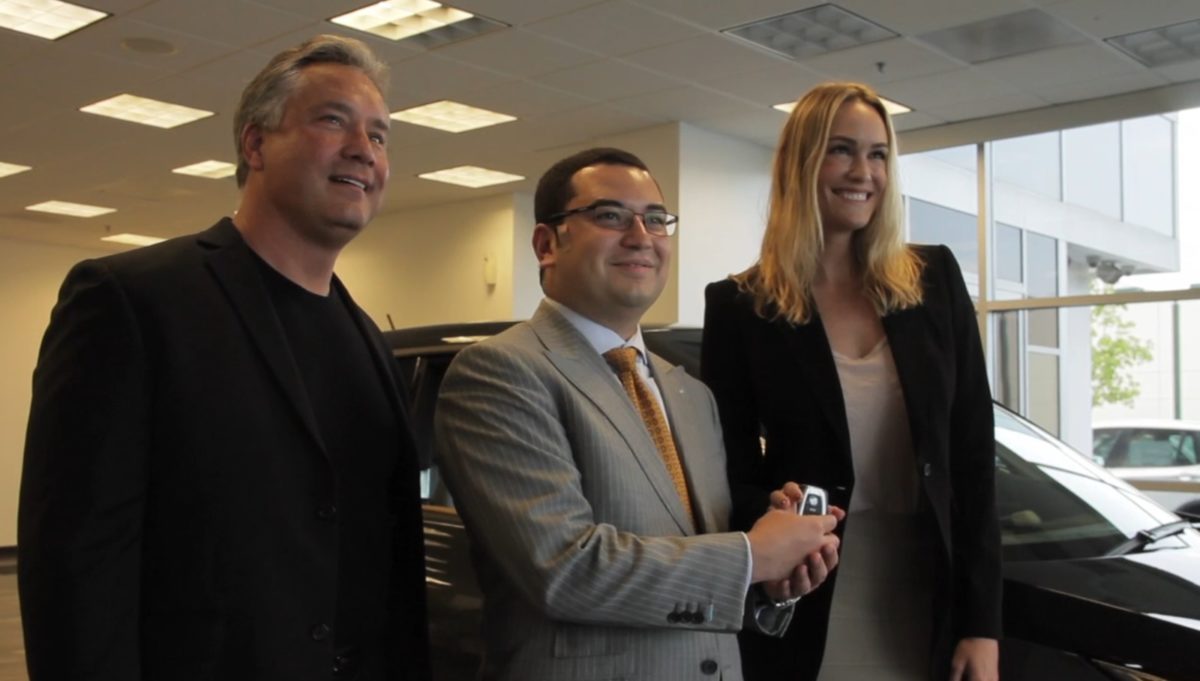 Los Angeles-Long Beach, CA – Thursday May 8th 2014 marked an important day at South Bay BMW. The first delivery of the all-electric BMW i3 in the Western United States took place that morning at 10:00 A.M. on South Bay BMW’s show room floor. The lucky owner is Ashlan Cousteau, former leading correspondent for E! Entertainment, who is married to Philippe Cousteau, co-founder of EarthEcho International and the grandson of environmentalist, oceanographer and documentary filmmaker, Jacques Cousteau. Ashlan has been an Electronaut for years and has been driving a BMW ActiveE, which she named Ellie.

BMW’s i3 has been a hot topic in the automotive world ever since it was first presented at the New York Auto Show in 2013. Built using renewable resources and innovative means of production, the BMW i3 has attracted BMW enthusiasts, Electronauts, and environmentally conscious drivers all over the world.

“Look, no new car smell because it’s not off-gassing anything,” exclaims Ashlan, as she sits and observes her new dream BMW.

The aim of the BMW i brand is to take driving to a whole new level where emission-free vehicles are the new standard.

Congratulations again to Ashlan Cousteau on her new BMW i3, the first one delivered in the Western United States. Welcome to the future of mobility.